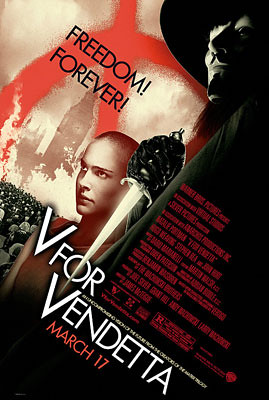 The story of Guy Fawkes inspired certain aspects of Alan Moore’s 1982 post-nuclear dystopian science fiction graphic novel of a fascist Britain, V for Vendetta (which was adapted into a 2006 film version by the Wachowski brothers and James McTeigue). The story revolves around the main character, V, who in the words of the book’s artist David Lloyd is portrayed as “a resurrected Guy Fawkes.” The mask worn by V is meant to be that of Fawkes.

Wow, what a movie..I remember the trailer for this a long time ago, as it’s initial release date was November 5th 2005 (Guy Fawkes night)..But it got pushed back due to production, released March 17th 2006.

I managed to see it on Sunday night, surprisingly the cinema was quite empty.

It’s flown into IMDB top 250 within it’s opening week, now that IS impressive.

There is the most amazing entry about V at Wikipedia (contains spoilers though).

A truly amazing film, I was half expecting another cheesy comic book action romp from the trailers, that seems to have been the trend lately.

I was thankful however to see that it remained true to the original writings of Alan Moore. It was deep, emotional and thought provoking.

The tale of a masked man fighting for his countries freedom against the totalitarion religious extremests ‘black bagging’ everyone. 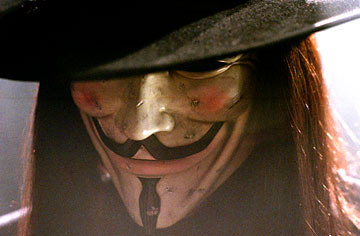 There are many things that can be related to recent events, the cinematography is great and the direction (for a novice) incredible. Hugo Weaving masterfully plays the masked enigma, with his strong voice and physically bustling with emotion, even when you can’t see his facial expressions, it truly shows his talent.

Portman also puts in a sterling performance as the female protagonist, getting caught up in the plot of V. She even shaved her head (look out for scenes from Abu Ghraib). 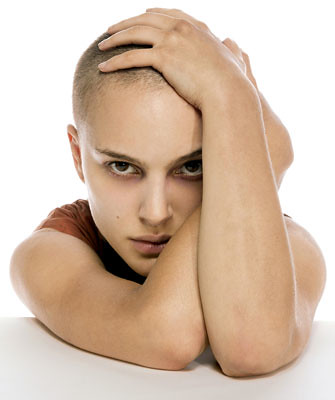 The movie is somewhat dramatic and thus reminscient of Phantom of the Opera (guy in a mask, anti-establishment, lives underground, female interest etc).

The only negative thing I would say is it dragged a little in the middle at times, and the ending.

Yah I know..wow..I actually watched AND reviewed a movie the same month it came out, pretty rare for me 😉

Very very much worth watching, I give it a great 9/10.