The Orang Asli are the native people of Malaysia, the Aboriginals of this region.

The Orang Asli are the indigenous minority peoples of Peninsular Malaysia. The name is a Malay term which transliterates as ‘original peoples’ or ‘first peoples.’ It is a collective term introduced by anthropologists and administrators for the 18 sub-ethnic groups generally classified for official purposes under Negrito, Senoi and Proto-Malay. They numbered 105,000 in 1997 representing a mere 0.5 per cent of the national population.

The Museum itself though is freaking HARD to find, we actually went the day before, after the butterfly park, but got there around 5pm just as the place closed… 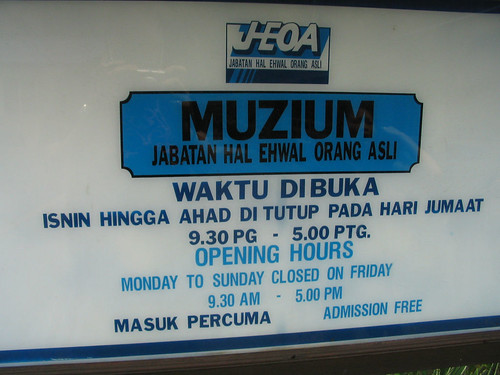 But it looked interesting so we headed back the next day! 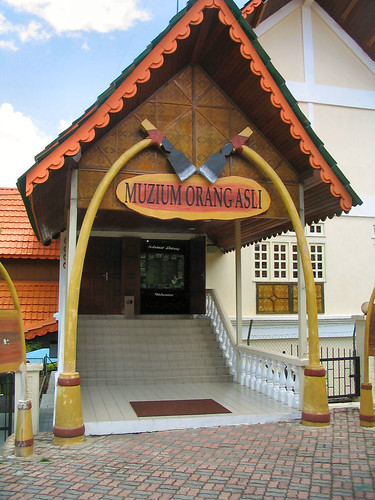 The Museum is actually very well organised, clean, bright and interesting, it’s a shame the sign boards are SO bad and it’s not really publicised..I know local people that don’t know about it. I only knew about it because I’d seen the sign board to it on the MRR2 and my Mom told me about (so it is in SOME tourist literature). 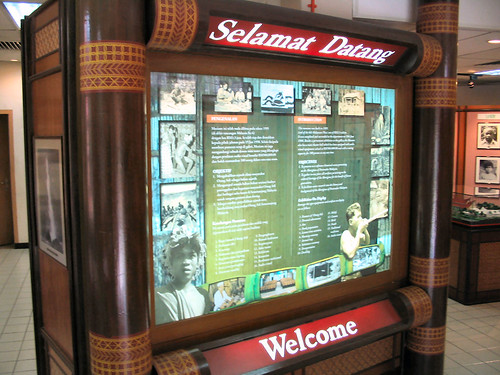 The whole guest book was full of comments about lacking signboards and horrible directions, most visitors were from Gombak as no-one else could find it.

There are photos and descriptions of the various tribes made up of 3 basic consituents spread around peninsular Malaysia (Negrito, Senoi, and Proto-Malay). 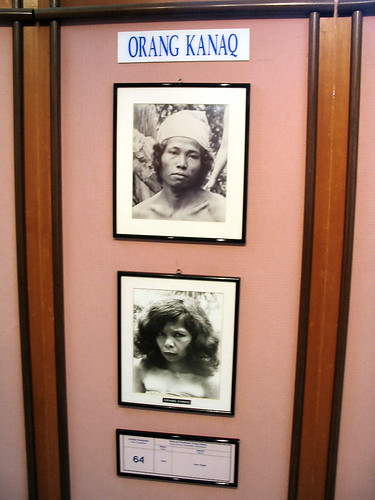 Apparently there were some jungle army units made up from all Orang Asli folks as they knew the land better than anyone, pretty interesting reading.

There are some amazing things they’ve made (Both practical and artistic), like this suit made from tree fibres (Seluar Kulit Kayu). 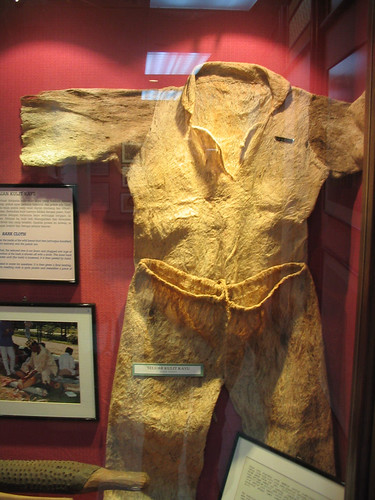 They have some beautiful pieces, I wish we could support them by buying their art! 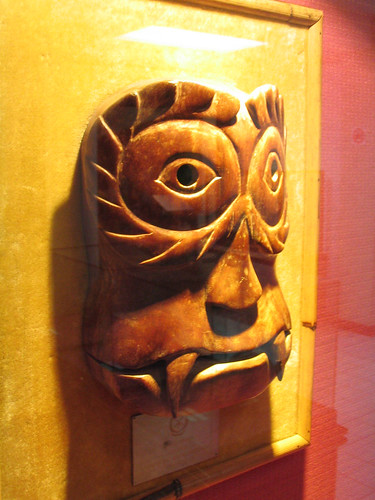 They have mockups of various things like an Orang Asli wedding and various tree houses, boats and other implements for day to day living. 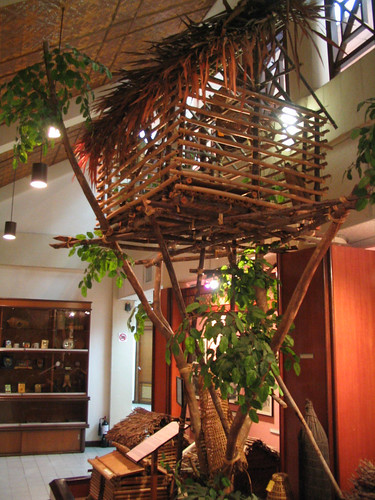 The blowpipes are pretty scary, long long long man, the darts must travel some distance. 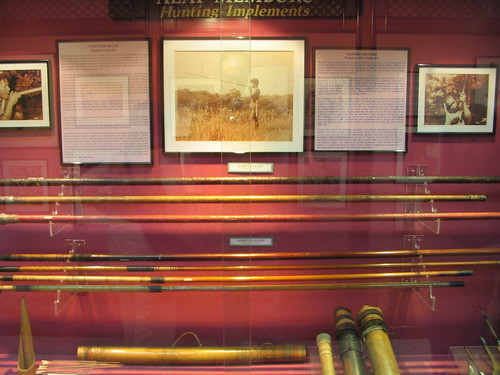 It’s set in a beautiful location too, in a rather rural area of surrounded by forest near the International Islamic University Malaysia. 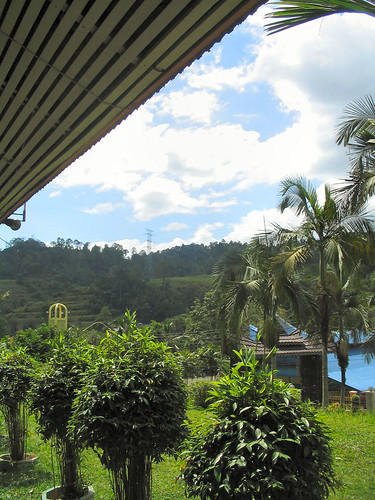 A beautiful sunny day and a very interesting place to visit, easy to spend a couple of hours there although towards the end on the upper floor a lot of the information was in Malay only and didn’t have English versions, which was sad. It’s a nice place to see though as there is no-one there you can go at your own pace and take your time to appreciate the unique Orang Asli carvings and craftworks. 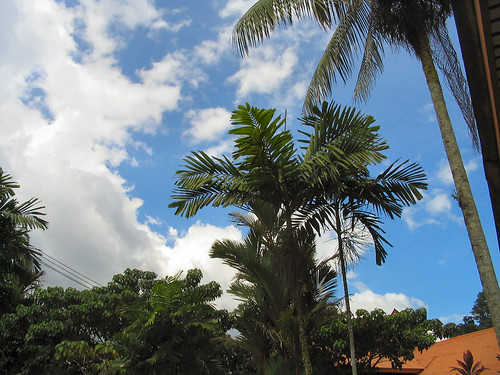 If you want to go there, hit the MRR2 until you see the sign for the museum or follow the directions for Gombak off the MRR2 (Jalan Gombak) keep going until you the Gombak signs are missing and you see Jalan Bentong, just keep going all the way, you’ll pass loads of houses, shops etc, you should see Batu 8 or something, keep going the museum is at Batu 10, on the right side.

Don’t worry if you don’t see any signs, because well there aren’t any until you get there.

After this Mom went back to UK, so this was the end of the trip, I hope you enjoyed it.

Girlfriend X – Manage Your Dating
What Would You Do?