Well day 3 came and it was a Sunday, so there wasn’t much options on what to do.

So I decided on a trip up to Genting, the weather was decent and it’s pretty nearby, so why not. 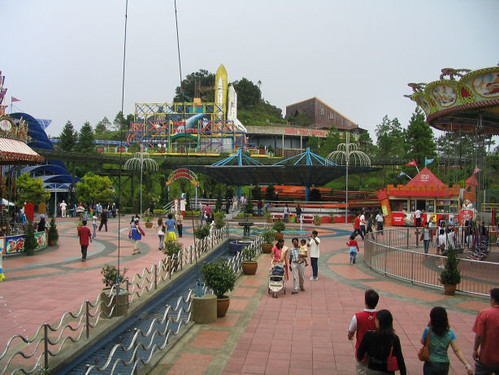 It was pretty cloudy when we got up there, but cleared up as the day went on, as usual the best rides were closed (the last 3-4 times I’ve been the Cosmic Shot and the Corkscrew have been closed…why are paying RM30 for the 2 best rides to be closed?

I had a go on the crappy little kids roller coasters anyway, and let Mom have a wonder around the place. 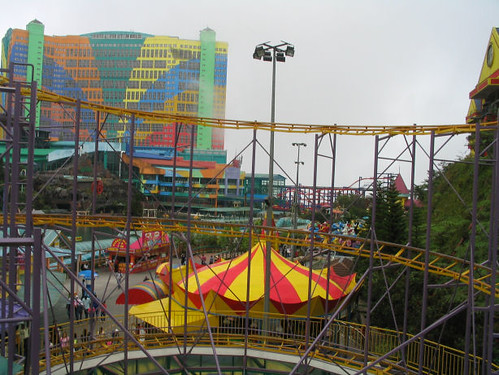 Then I discovered this monster…but to my disappoinment, I found you had to pay an extra RM10 per person to ride it, er…so what was the point of me paying the entry fee again? Some kind of spiderman-lyingdown-kind of deal. 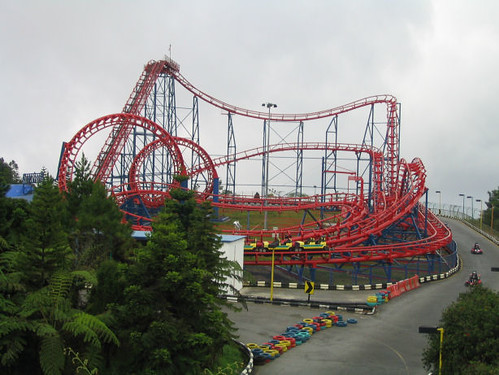 The most enjoyable ride of the day without a doubt was the bumper boats. 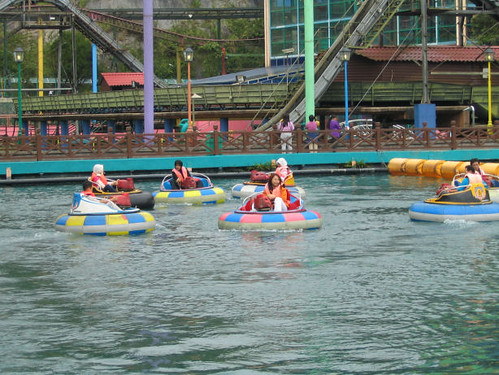 Followed by the Paddle Boats. 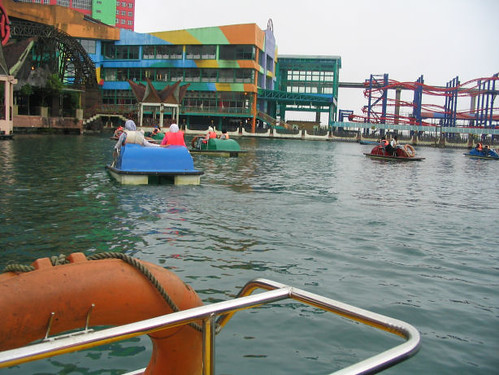 Hotel First World, apparently the biggest hotel in Asia or the World? Certainly the ugliest, that’s for sure. 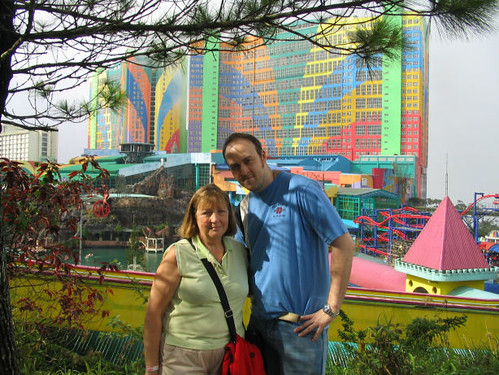 I didn’t even bother with the Go -slows, I can walk on my knees faster the the Genting Go-slows. 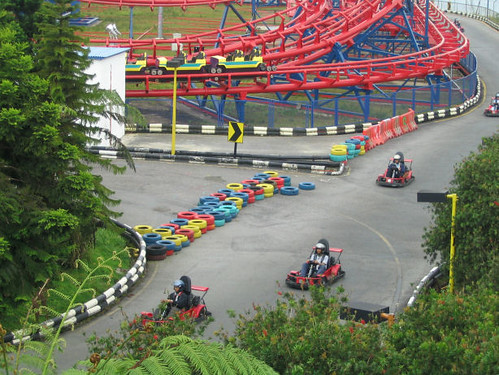 It was enjoyable day out anyway, with the First World Hotel all decked out in Chinese New Year decorations, with it’s weird indoor jungle thing going on. 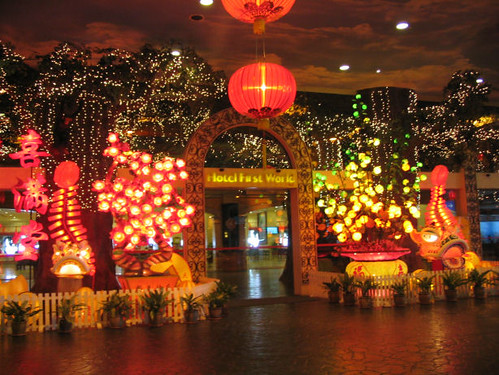 Bit of a rip off with half the rides closed tho, and an extra RM10 for the new ‘super ride’..

Best food there is Mr Tepanyaki btw, especially when they have the half-price salmon!

Egosurfing, how popular is the online you?
And you call me COLOURED?!