Seems like some people don’t know what a Ping is, which is fair enough really..

Some know what it is, sort of, but don’t know how to intepret the results.

So here’s a quick run-down.

Here’s what my work ping to google.com looks like now: 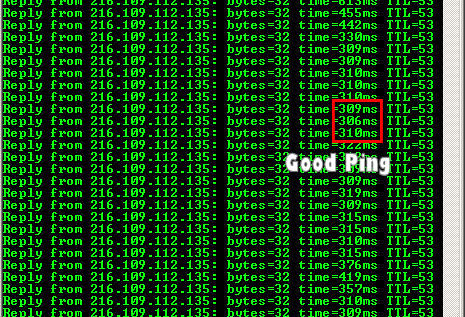 As you can see, it’s pretty constant around the 300ms mark, with no “Request timed out“.

When I was in Brunei and people were using Peer to Peer software in the hotel, my connection looked like this: 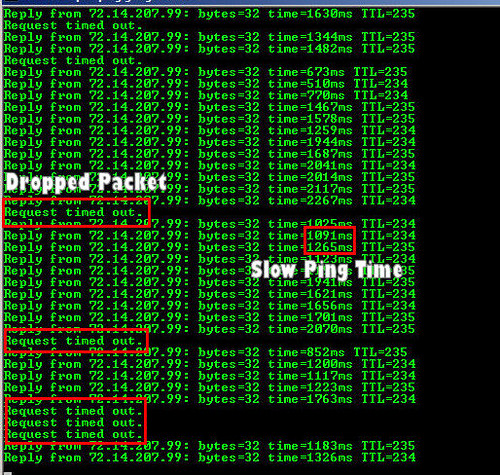 As you can see there are many “Request timed out” and high ping times.

Ok so how do I interpret this?

As you can see in the first either picture there are multiple similar lines in the format:

A ping is basically a packet containing a bunch of junk (1-10 and a-z) or something like that, a packet is just a small peice of data sent over the Internet.

When another machine receives your ping packet, it will send back a reply, the purpose of the ping is to time this whole process.

That’s the time= part shown above, the time taken for the packet you sent to get a reply.

So it’s a basic metric for the quality of service your Internet connection is giving you.

If you see the “Request timed out” shown in the Bad Ping section above, it means you got no reply at all, which is called a dropped packet. This is bad, and means there is a failure somewhere, and either your packet isn’t reaching the destination, or you aren’t getting a reply.

Ok to ping something, go to the Start – Run menu option and type cmd: 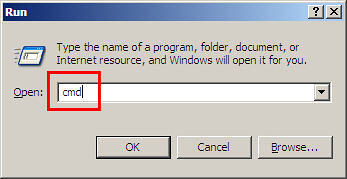 Then press enter, you’ll see a DOS prompt come up.

In the prompt type:

You’ll see the ping running, the -t argument tells it to ping constantly, so it won’t stop untill you press CTRL+C.

It’ll then give you a summary of the Ping statistics for that session.

You can also try pinging yahoo.com, I usually get slightly better times for Yahoo! than Google.

If you ping streamyx.com you should get something like 20-50ms.

If you want to read more about Ping and some of the options, check Wikepedia – Ping.

Streamyx – We Pay for THIS?! Is it Broadband or Narrowband?
Setting Up Your Phone for GPRS or MMS With Maxis – Malaysia