The weekend has passed…

At least it’s a long holiday this week, am going to take tommorow off and Wednesday, Thursday and Friday are public holidays for Chinese new year and another festival that falls on the second day of Chinese new year, so carries to Friday.

Friday night finished work, went to eat the Lala, becoming almost a Friday ritual. After that went home and played some DOTA but my PC kept insisting on hanging, definately time to reformat.

So I spent Friday night/Saturaday morning reformatting my PC, finished around 8am, will post a technical post later. It’s sweet now, just need some more RAM as it chugs a bit when I got a few things running at the same time.

Saturday got a call that my car was fixed at around 4.30pm, called the office to find they closed at 5pm, so rushed my ass off to pick up KY[/url] and get to Jalan Ipoh, got there and found it’s only half done, but it’s still amazingly fast and they did a really good job, from what it was, to how it is now. 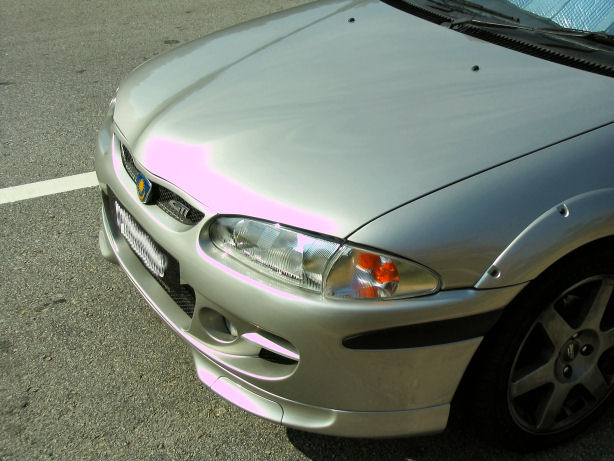 Better than before, I was going to have the bonnet resprayed anyway as it was in a bit of state.

So picked up my car then headed over to Cheras for dinner, had some great weird crispy noodles, shame I didn’t have my camera. Saw the infamous humping hill aswell, pretty nice view, can see KLCC and when it’s clear you can see all the way to Genting.

Then back home to pound some DOTA.

Sunday had lunch at Ikea and bought a couple of things, a lamp for the bedroom and a table for beside the Sofa, place is coming along now…still need some gas though so I can cook!

Awesome Hokkien Mee, one of the best in KL at Chow Yang, SS2.

The dude cooking his Ikan Bakar 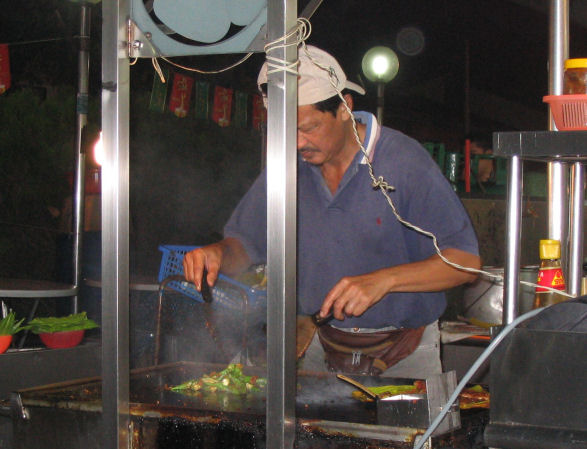 He looked so happy that I had to take a proper picture of him, he was truly chuffed 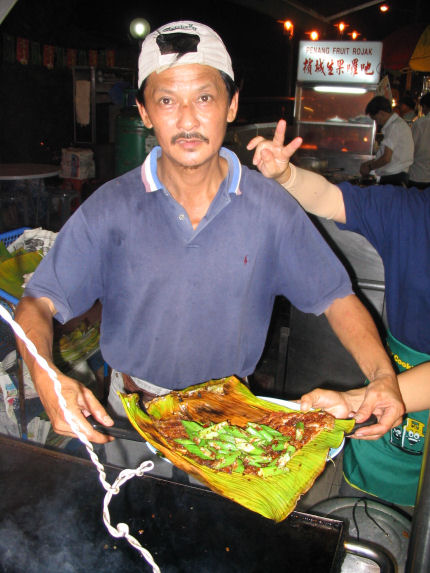 The result, stingray with ladies fingers. 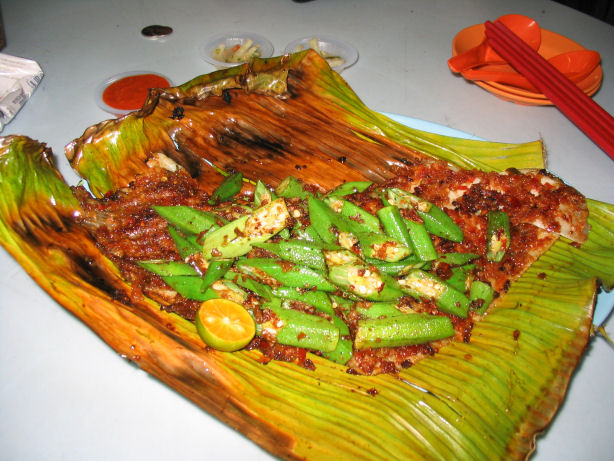 And of course my signature aftermath picture.. 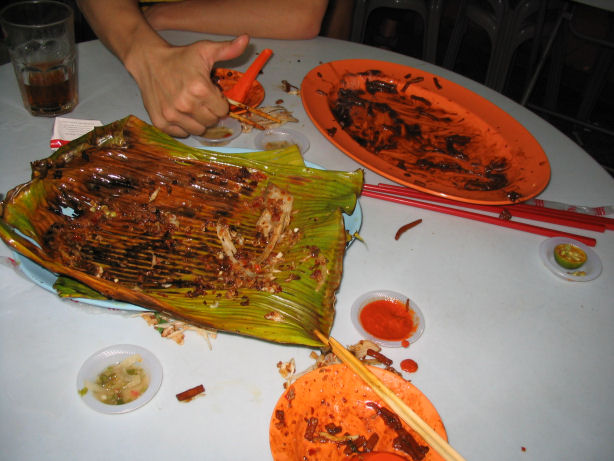 Will go and buy a vacuum tonight so I can clean up the place for Chinese new year.

Faggot and Suan have disappeared back to their home towns, and KL is pretty quiet.

Cyberjaya is ever deader than usual.

If you want to drive around KL with no traffic, Chinese new year is the time to do it.

Will be going for a lot of dinners over the next few days, so expect to see more good food pictures!

KY[/url] has started a blog over at blogspot, it’s pretty funny so I suggest checking it out:

I’ll link to him if he keeps up posting and it doesn’t die of like most do, after the initial spurt.

10 Responses to The weekend has passed…