Well what to write about today let’s see I have a whole range of pent up topics, but as it’s monday no one is into thinking too heavily…so I’ll do a menagerie of random crap.

Sunday, Sunday was a typical Sunday, I did jack shit, went to look for a big ass punch bag too, but they were all sold, only small ones left..ended up in Eneos car centre for a while, they had a phat sub on special but I am broke, like totally broke until the end of the month..

Bought a new thermometer and matching humidity meter for the car, looks pretty cool, registered average for here, 30 degrees and 40% humidity (yesterday was at 60%, damn humid). 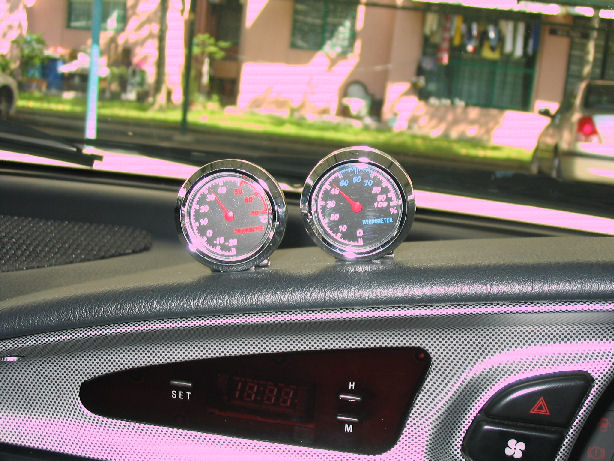 Went to eat the lala again in SS3, and remembered my cam this time…but the stall was closed, so had a burger and a hotdog instead.

Obviously not as good as the heavenly burgers attained from SS2 mamak area, but well not bad, and presentation was good! 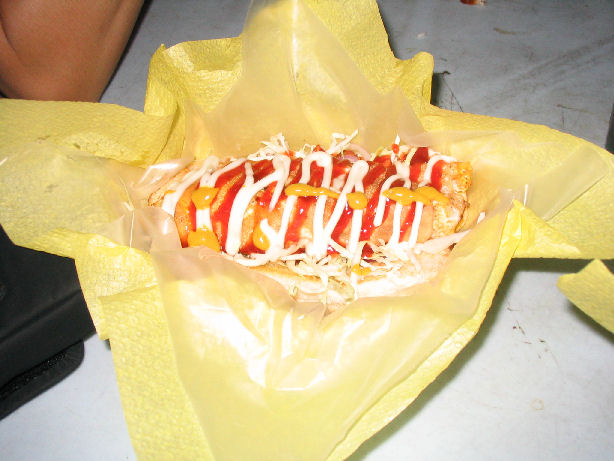 Malaysia has the best burgers in the WORLD. 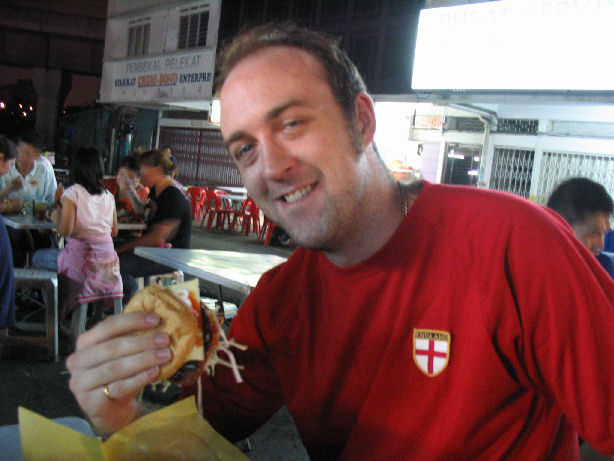 Big, juicy and greasy…first time I’ve had a Ramly with brown sauce on it, it was good!

After that went home with a mind to go the gym, so I went…but the freaking car park was closed, so I couldn’t get in, the gym is open till 12 midnight, but the carpark closes at like 10pm, if anyone knows how to get in Celebrity Fitness at like 10.30pm let me know..

So I had some McD ayam goreng (fried chicken) and a chocolate sundae instead…healthy I know.

I did some work at home instead and ended up finishing at around 3am…I’ve gotten another module out of the way though which is a good thing!

Took a random picture of my car to demonstrate the ahbeng blue interior light everyone keeps mentioning.. 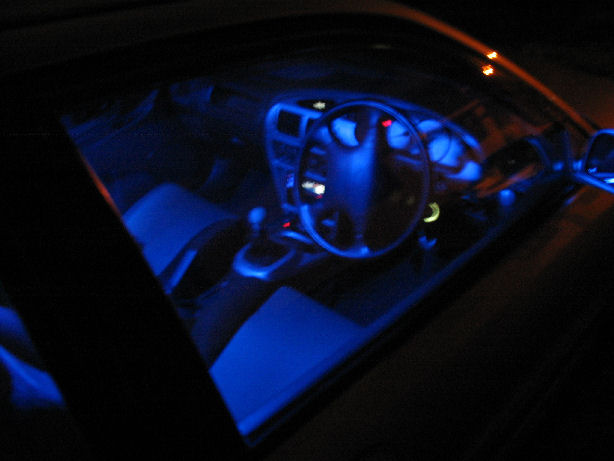 On a final funny note, someone got arrested for drinking listerine…How desperate thou must be..

A woman who admitted drinking three glasses of Listerine mouthwash had a blood-alcohol content more than three times the legal limit when she was arrested for drunken driving, police said Friday.

The woman, identified by police Sgt. Mike Shadbolt as 50-year-old Carol A. Ries, was arrested Sunday night and released on personal bond the next day. She was to be arraigned late next week on a misdemeanor charge of operating under the influence of liquor, Shadbolt said.

I actually use Listerine, the original one not the pansy blue one, and it’s so hardcore it makes my eyes water..I couldn’t imagine wanting to actually drink it..

Anyway that should be enough to keep everyone happy for monday..

BTW what is the consensus, is it better to have 1 long post with loads of random crap, or loads of small posts relevant to each topic?

17 Responses to New Dials and the Infamous Blue Light