Well it’s been a good weekend, and it’s not over yet!

It’s past 5am and I’m sitting here listening to some old school best of Otis Reading (yeah I got eclectic tastes), chatting complete bollocks to some random stranger on MSN and well writing my blog (duh).

You can consider the below Dim Sum post the first of a series of my favourite things to eat in KL mostly, probably the rest of Malaysia and the rest of the world too (when I go back to UK).

Friday night, had some good lala (mussels/clams) cooked with curry powder, curry leaves, garlic and some other magic ingredients…will take pics one day as it’s one of my favourite foods.

After that had an offer to join a party in KL, haven’t been drinking or clubbing or dancing for quite some time, so I collected my hombres and off we went.

Also picked up FireAngel[/url] on the way, I can confirm she is hot, and can dance REAL good..

So good in fact she got picked up by a hot chick that unbuttoned her shirt and waved her (non-existent) cleavage at our dear FireAngel[/url].

I on the other hand, got picked up by some scrawny sausage jockey who I wouldn’t even want to fuck if I was into uphill gardening.

Suan[/url] turned up late, and pissed as usual.

We drunk quite a lot of beer, as either they mispriced it, or it was just really fucking cheap, but it only cost $62RM for 2 jugs…which is the price of 1 jug in most clubs.

KY and TheGreatFaggot graced us with their prescence too….and pigs can fly, the faggot danced.

And we finally got to meet the infamous super hot Jayna, yes, indeed folks, she is hot.

Got a bit drunk, danced quite a lot, had fun anyway was a good crowd, decent music and for once we were somewhere that wasn’t too packed.

The joint was named La Casa (Yeah classy I know ‘The House’ I guess they think it’s cool or something..), it’s just behind Passion, which was surprisingly empty, I guess it’s because of the new kid of the block, Rum Jungle, will have to check it out some day…but that night it was totally packed.

Got home pretty late, slept at 5am I guess, and woke up some time in the afternoon to read FireAngels rant which I totally knew would be there.

Got up and grabbed myself a prosperity burger…3rd day in a row, sad I know but I’m kinda hooked, when they are really fresh they are REALLY good.

Had my car washed, they still can’t get the rims totally clean…stupid racing brakes.

The faggot finally got himself a car, quite a neat looking car too.. 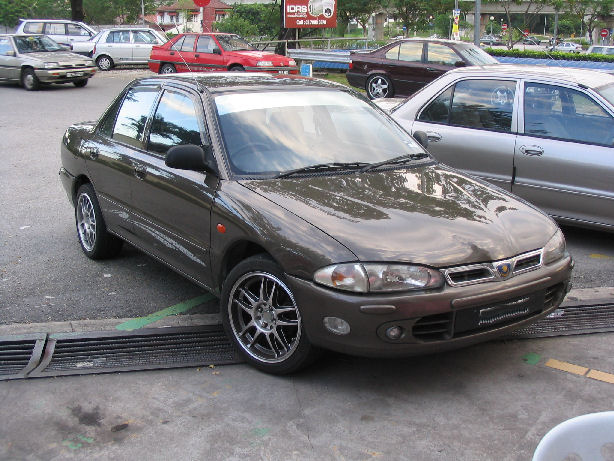 Imagine that…it’s even got a freaking LCD screen inside so you can watch VCD’s in the back (Pr0n anyone?).. 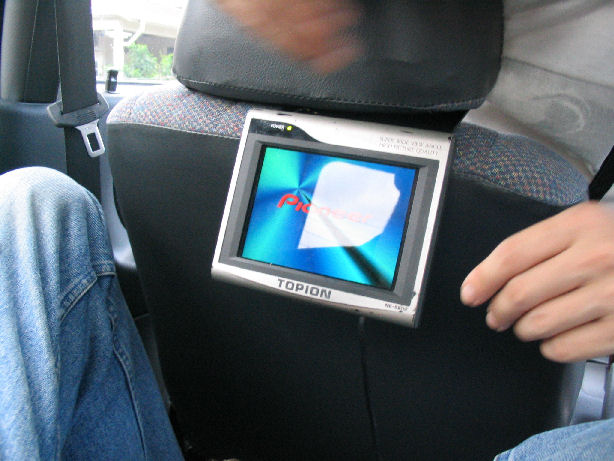 We headed to the Asam Prawn place again, this time hoping they actually had some prawns (last time they sold out, so we ended up with Asam Fish).

We had ourselves some phat drinks, that’s phat with a capital P and H. 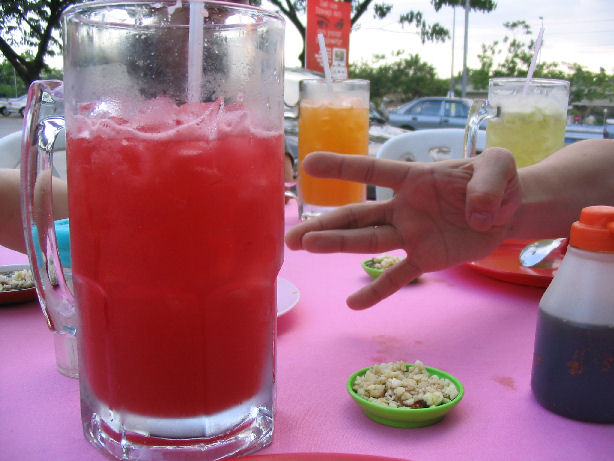 And ordered up a storm with the normal veges and tofu, and Braised Pork Belly (Kao Yuk).. 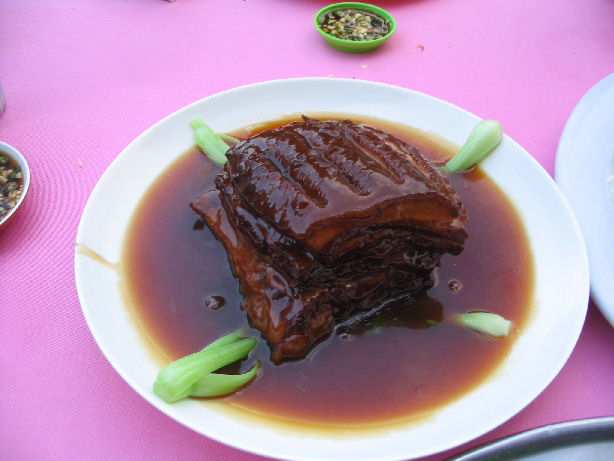 Yeah baby, we finally got the freaking Asam Prawns we had been yearning for since last year 😉 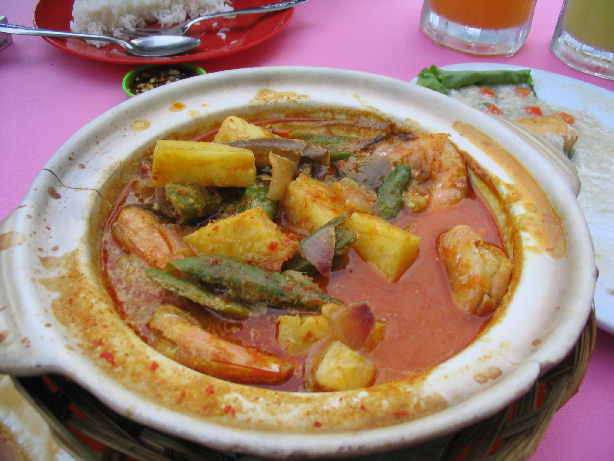 As usual when we are hungry and attack a table full of food…it’s inevitable you will see this.. 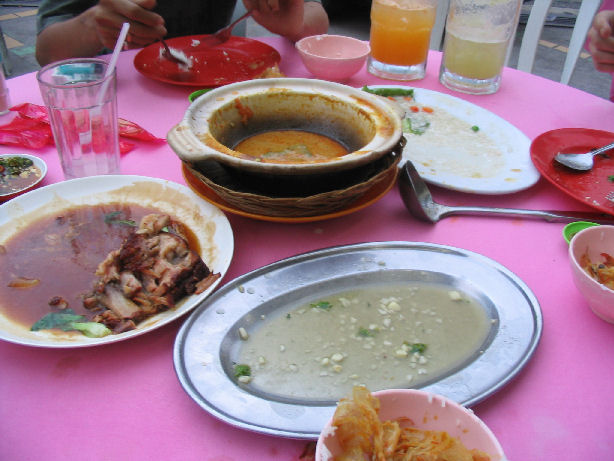 We had some side bets aswell regarding the faggots ability to finish his giant Orange Juice (he normally can’t)..

But well he did it, congrats again dude. 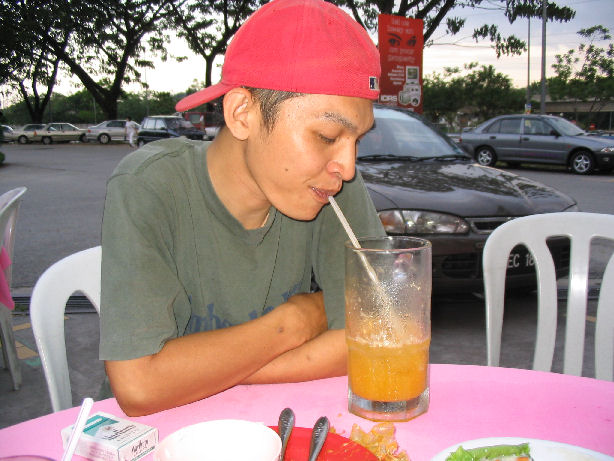 Full pics in the Food Gallery as always.

After that headed to USJ to catch Liverpool vs Man Utd….first half was good, action tailed off in the second half, Liverpool couldn’t even put a goal in against 10 men..

And no, this doesn’t mean I’m a football fan, I can just tolerate watching now and then 🙂

When the game was over, it was time for some hardcore DOTA, mostly came up against noobs though and ended up pwning everyone left right and centre..

Hard to get a good game nowdays.

On another note a random hot chick (Flirt in a Skirt[/url]) made a link button for me, feel free to use it if you wish to pimp my blog (DO IT, YOU KNOW YOU WANT TO!).

On another random note, I wanted to post this..

Those of note for me are…

8. Brazilians are the nationality most likely to read spam. (Dumb fuckers)

31. Herrings break wind to communicate and keep the school together. (Imagine THAT, synchronised farting as a means of communiation)

38. Yoda was based on Albert Einstein. (I did wonder)

63. Just one in a hundred workers goes to the pub for their lunch, according to a study. The same proportion spend lunch having sex. (Lucky bastards – that goes for both..)

74. Lasagne has replaced chicken tikka massala as the favourite dish of Britons. (I always tell people curry is the national dish of the UK, looks like the worm has turned)

And well here I am, back to reality back at home, feeling stoical and much better than I did for the last couple of days.

Thanks for participating in this particularly long and pointless post.

13 Responses to Clubbing, Prawns and Pwns.