Well yesterday and today was a bit weird timewise..

After dinner last night I got home and passed out on the sofa at about 8pm, I woke up around 1.30am and didn’t feel like sleeping any more…so I didn’t I did some hardcore work writing documents about attacking networks, firewalls and routers (packet sniffing, session hijacking, fragmentation attack and so on).

I worked till about 5.30am then felt hungry, decided it would be good to have some hardcore Dim Sum, as I love it, I haven’t had it for ages and it’s best served fresh around 6am.

I called out some other crazy eejits that happened to be awake at that ungodly hour and off we went to Taman Megah for some Dim Sum loving.

Most people have probably had some experience of Dim Sum at some stage, it means something like ‘Little things that touch your heart‘.

Most of the stuff is steamed and made of either Pork or Shrimp wrapped in rice sheet, tofu skin or wantan skin. There are a few fried things and a few crispy deep fried things like the gorgeous Wu Gok (Yam Puffs) and Lo Bak Kou (Fried Carrot Cake).

Without doubt my favourite thing is the Jing Pai Quat (Small Pork Ribs).

When we left it was totally pitch black, like the middle of the night, we ate during sunrise, which is a nice feeling.. 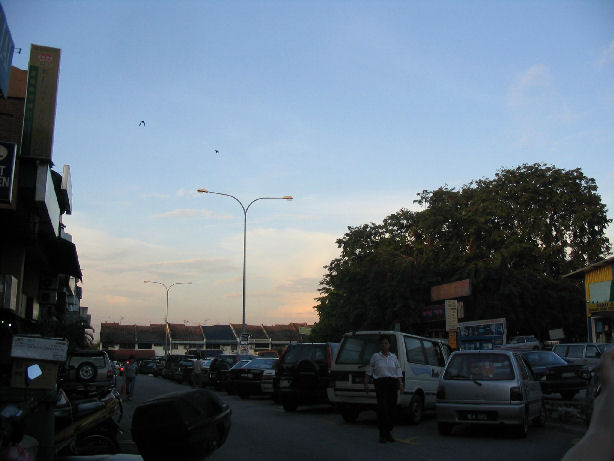 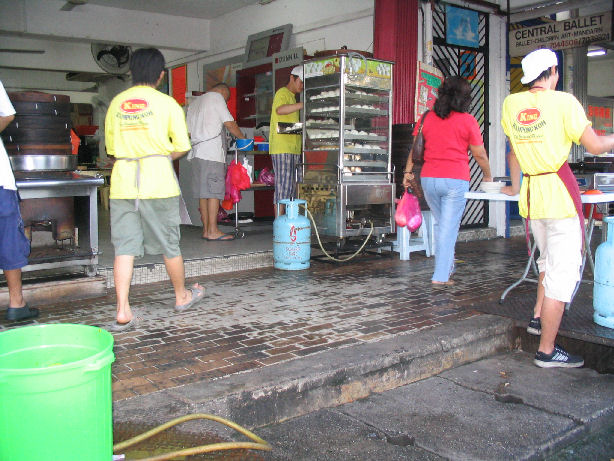 As you can see on the right a big stack of Baos, and on the left a huge stack of giant Steamers.

There is no western equivalent really, the ‘waiters’ come round with huge trays of steaming fresh goodies like so.. 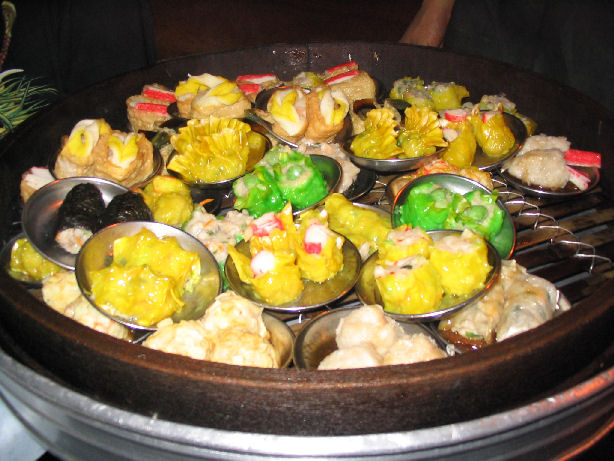 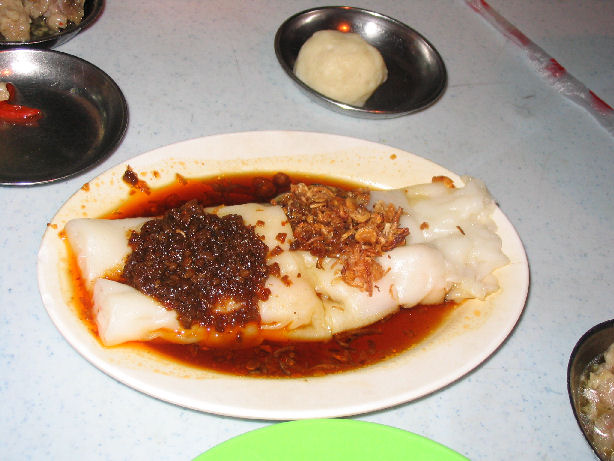 And we had quite a spread, as can be seen by the aftermath.. 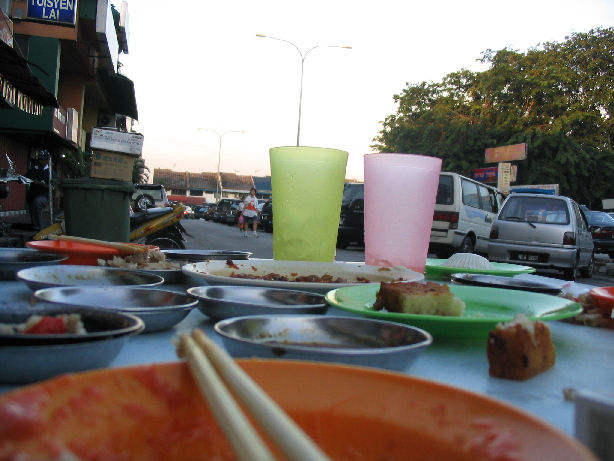 Dim Sum is typically accompanied by lots of coffee or tea and talking a load of crap. This morning was no different. Full pics are HERE.

In the ‘olden days‘, used to go clubbing, go play DOTA till the early hours then go eat Dim Sum, go home and pass out till sunset the next day.

Have been feeling a bit down the last few days, I guess it’s being tired and work stress, I blame it on biorythms or something like that (I have no reason to be down whatsoever, everything is great at the moment..)

Oh well such is life, at least I get good food 😀