Dukes of Hazzard – General Lee is Back! 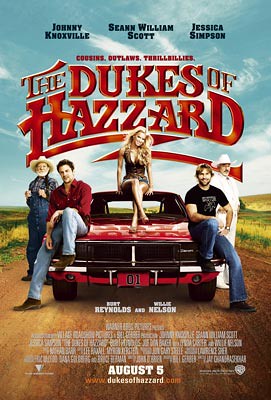 Set in present day, the story follows the adventures of Bo (Seann William Scott) and Luke (Johnny Knoxville) Duke, who, along with their eye-catching cousin Daisy (Jessica Simpson) and moonshine running Uncle Jesse (Willie Nelson), look to save the family farm from being destroyed by Hazzard County’s corrupt commissioner Boss Hogg (Burt Reynolds). They’ll also have to stay one step ahead of the dimwitted antics of the small southern town’s Sheriff Roscoe P. Coltrane (M.C. Gainey).

Ok service is back to normal now, apologies to my regular readers who aren’t into blogwars and flaming, but well who wouldn’t enjoy a bit of that now and then..

I shall approach the topics again of Malaysia and Singapore and Asia in general soon..

For anyone that wasn’t aware, Dukes of Hazzard[/url] is a well known TV series from around 1979, around my parents generation.

I grew up seeing the re-runs though (Along with Starksy and Hutch and the series from my generation like the A-team!)..

In all honestly the movie isn’t very true to the orginal series, it’s very slapstick, a lot of sexual humour and the crusaders for good become a pair of dumbass rednecks (Knoxville and William Scott). 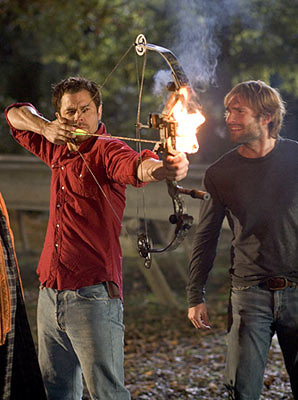 In saying that however, I did laugh my ass off. This movie got slated on IMDB running at about 4/10[/url] but I really enjoyed it, it was plain hilarious, extremely stupid and fun, if you are looking for something deep and meaningful, or totally true to the original series don’t look here. Scott basically plays his patented Stifler character all over again.

Uncle Jessie wasn’t Uncle Jessie he was Willie Nelson, the boys weren’t really like the Dukes, and Daisy although a little flirtatious in the series becomes an outright slut in this movie. Although that’s a good thing, Jessica Simpson is basically smoking hot in this movie. 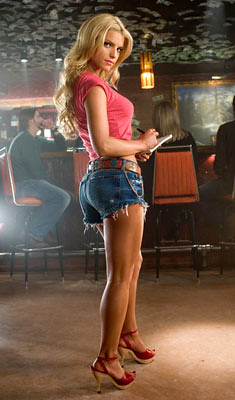 It was cut heavily and it is pretty rude, so don’t take your kids to see it.

If you want to see a completley stupid movie that’s a whole lot of fun, go and see this. The outtakes are very funny.

I’d say it’s worth a watch, especially on Wednesday when the tickets are only 7 bucks!! And yeah I still love the new GSC in 1-Utama.

It’s not great movie with a complex plot, great cinematography or any of that artsy shit, but it made me laugh a lot of times, to me that’s good.

29 Responses to Dukes of Hazzard – General Lee is Back!