You should know by now, I’m a MASSIVE electronic music fan – especially Drum and Bass.

One of my favourite acts is Chase & Status, a pair of fairly nerdy looking white dudes from London – followed by Camo & Crooked and then probably Pendulum. You can imagine my surprise (and pure delight) when I saw the lineup for Future Music Festival Asia 2012 (hereon known as FMFA) included both Chase & Status and Pendulum!

Imagine my dismay later..when they scheduled them both on at the same time…WTF? Seriously – there’s 2 DnB acts on in the WHOLE festival and 5 different stages – and they put them both on AT THE SAME FUCKING TIME. Pendulum was on for 2 hours (8.30pm-10.30pm), but was only a DJ set and Chase & Status was LIVE (8.30pm-9.30pm)! So yah!

We headed there around 7pm just as the sun was going down, I got my best junglist massive outfit on – ready to rinse out. 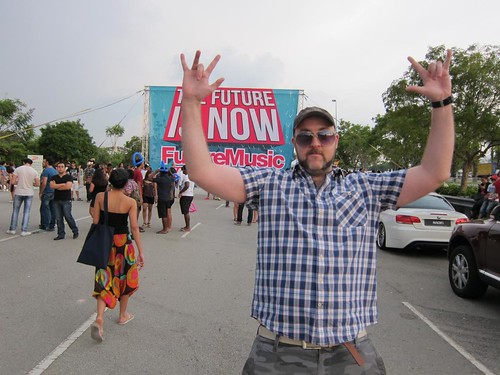 Yah my cap should have been Burberry, but I don’t have one – so neh. We chilled for a while first whilst the sun went down, grabbed a couple of beers and kicked back on the grass. 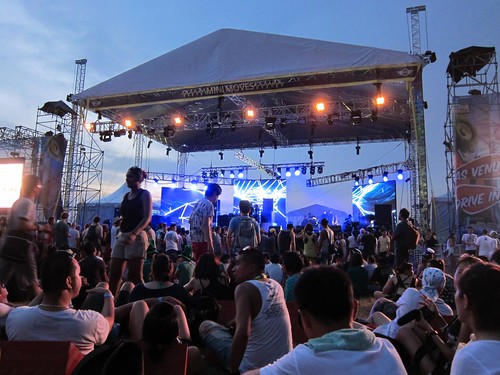 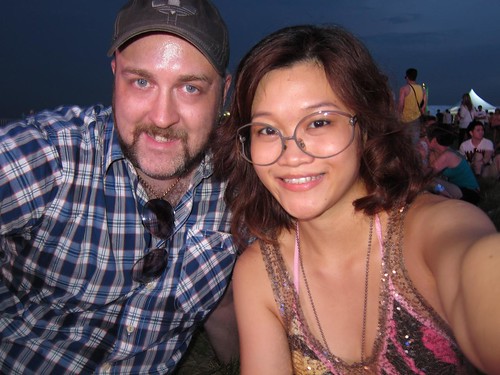 The first act we caught was the rather late starting Sneaky Sound System, they were really really good live – the singer was incredible (both her vocals and her stage presence). Her name is Connie Mitchell and man can she move. 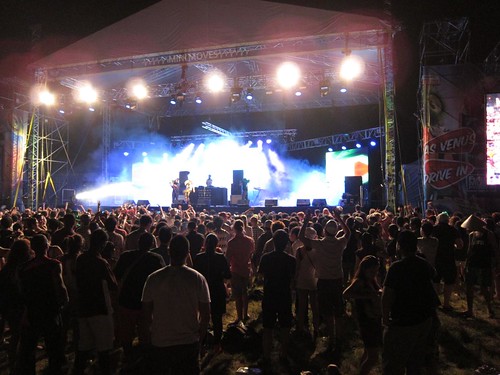 We were a fair way back at that point and it was a nice warm up to the festival, but really I was waiting for 8.30pm for Chase & Status to come on..they were delayed though and only started after 9 I think. I was happy to see the DJ decks rolled off and a full drum kit exposed with guitars and all sorts coming out – this meant 1 thing..

Chase & Status were going to be playing their music live! We headed right down into the chaos at the front, right next to the fence. 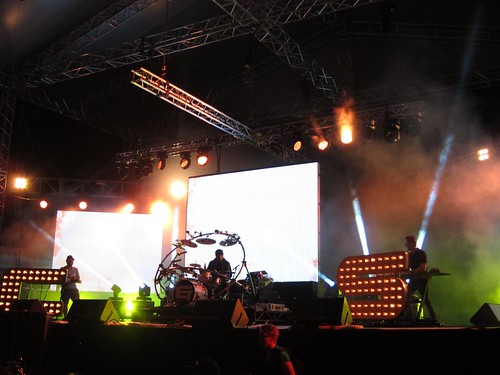 Yah drum and bass played live on a drumkit – you can’t beat that shit seriously. They started out banging straight away with insane Dubstep and Drum n Bass tracks assaulting us non-stop. This is how sweaty you look after dancing and jumping to awesome dnb for half an hour or so. 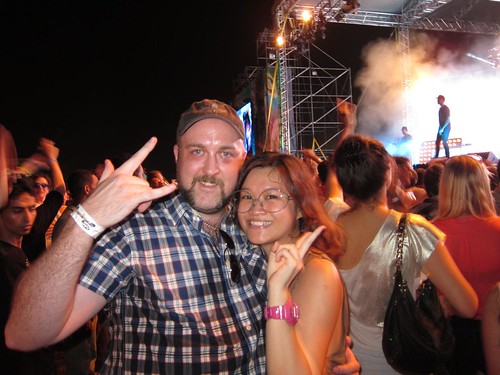 Then a female vocalist came out to perform Heartbeat and Time, I didn’t really catch her name – I think it was Holly something. Time was mind-blowing live. 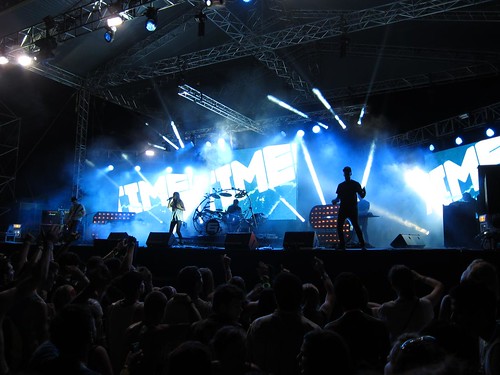 Here’s a short clip of it, apologies for the sound quality but the camera was clearly overwhelmed by the epic basslines. Listen to the original here.

The moshpit in front was getting pretty mad too, I wanted to join in…but I was scared I’d crush them all. This was during Fool Yourself – listen to the original here.

I didn’t take all that many pics or videos because I was busy mashing it up, junglist stylee. Their set finished at 10:08pm – it was legendary. 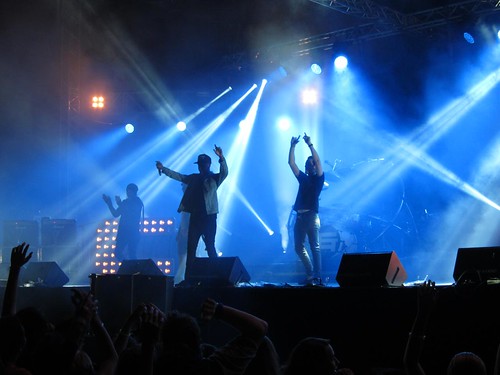 After that we headed down to the other stage to catch the end of Pendulum, it was a DJ set though so it’s not the same – but Pendulum does have some mad tunes (like Watercolour). I would have liked to get down the front and mash it up for an hour – but due the timing – it wasn’t happening.

Just hung out at the back and caught the last 2-3 tracks he dropped. 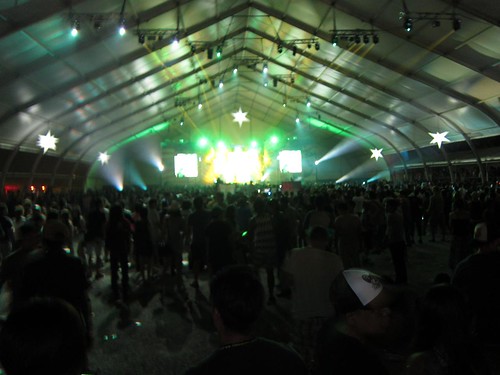 It was ok, wondered around for a while – went to see Tinie Tempah – thought he was shite and left – headed back down to wait for Chemical Brothers to start..

There was a whole lot of confusion down there, no lights, no spotlight on the stage, no intro, no wording on the backdrop, no emcee – no one actually had any idea if Chemical Brothers had started playing or not.

And honestly whoever was playing was pretty shit, the music was meh. We hung around for half an hour or so, then headed off home. I heard Cosmic Gate and Wombats were good – but I wasn’t going to wait around through all that monotony till 2-3am to catch them both.

Got back in time for some awesome frog porridge in SS2 then off home to bed.

Honestly I would have driven all the way there, paid and gone home happily after an hour just to see Chase & Status live – it was that good. I hope I see them again…soon!