In the middle of last year I was looking for a new compact camera as my beloved Fuji F31fd had gone missing in action and I really needed something portable to carry around.

At the time the two contenders were the Canon PowerShot G10 vs Panasonic Lumix DMC-LX3 (LX-3) which I compared in the linked post.

Myhorng was in the same situation, he had the Fuji F31fd previously and had just bought the G10, which gave me a good chance to test it out.

I decided to get the LX-3 as it was smaller than the G10…in the end, it turns out it just wasn’t small enough with the protruding lens and very annoying lens cover.

I wanted something that could serve as a backup for the dSLR I use to snap ‘serious’ pics, it turns out (of course) that the LX-3 still can’t even come close to the pics from my ancient D200 and it was just a little too bulky to pocket which turned me off from using it too much.

Then along came the Canon S90, the reintroduction of the legendary Powershot ‘S’ series. Almost everyone I hang out with jumped on the bandwagon and grabbed on (KY, Ringo & Jac for starters). 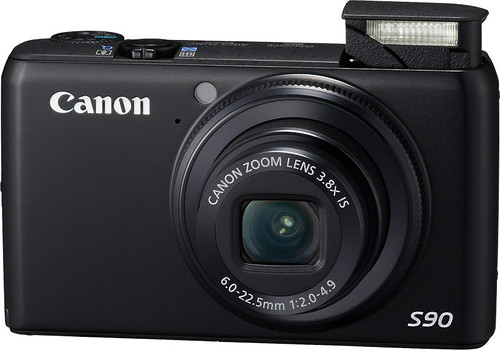 This little monster comes with:

Yes the Lumix was wider (24mm vs 28mm) but I actually found in reality that works against you unless you shoot mostly landscapes/cityscapes it’s better not to have such a wide lens as it gives more distortion especially when taking close up shots.

And the S90 – an f/2.0 lens with ISO3200! Wow who needs flash and seriously you don’t, this camera can take pics sans flash is almost any level of light. It even has a candlelight mode on the dial for super low light situations, yes it’ll be grainy…but through experience I’ve found pics from this kinda camera are for blogging and sharing online not printing A2 posters or billboards so it doesn’t really matter.

So far after using the S90 for a few weeks, the only thing I’ll miss it from the LX-3 is the really nice 720p video it takes (some can be seen here).

The S90 only takes normal VGA video, but for blogging use it’s fine enough, I’m no movie maker anyway. In low light it wins, the auto mode is super smart (you rarely have to use anything else) it has a dial on the front AND the back (two dials is more than the low-end Canon dSLRs have :P) so changing settings is a breeze.

It doesn’t come with any funny dangling bits, the pouch is nicer and the camera really is pocket size.

If you’re looking to buy a compact camera now I’d say get the S90!

I’ll take some more pics with it and give it a better review when I’ve used it for a few months.