Nokia E71 – My Review and Comparison to E61i

Now I guess you know I like gadgets being a geek and all, and I always liked the look of the Nokia E61 with it’s big screen for surfing…but it was ugly as hell.

Thankfully Nokia updated and came out with the Nokia E61i with a camera (albeit a basic one) and a funky new full metal body which was sexy as hell. I grabbed myself a Nokia E61i back in May last year.

I have to say I’ve been really happy with the phone, it’s tough and it just works. It has been getting a bit sluggish lately but I have filled it up with stuff and it’s took a bit of a battering.

So recently Nokia announced a new update to the family, the far sexier and slimmer Nokia E71. It dead leak a fair while before that, but you can never believe those dodgy prototype photos. 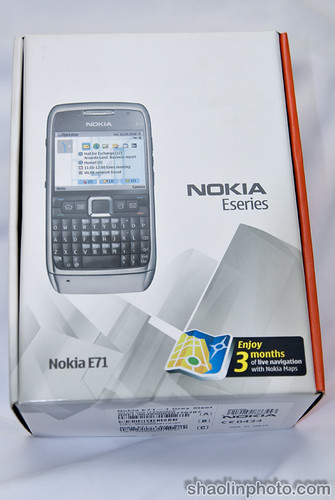 The specs are pretty impressive, it has an updated camera (with Autofocus!) and it has GPS, finally I have less excuse to get completely lost now. It’s available in Grey Steel and White Steel, I of course opted for the far more manly Grey version…the white one looks a bit Apple-fanboi-ish. 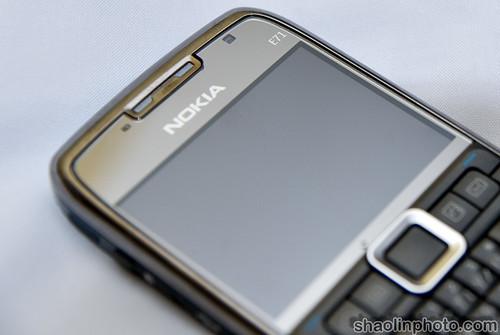 As you can see it’s far sexier than the previous one. The back is sweet too, the whole thing is a bit of a fingerprint magnet though. 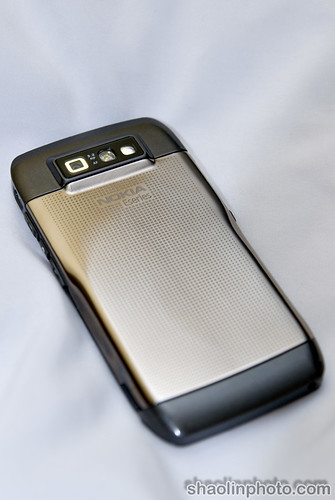 Thankfully it comes with a nifty leather pouch. 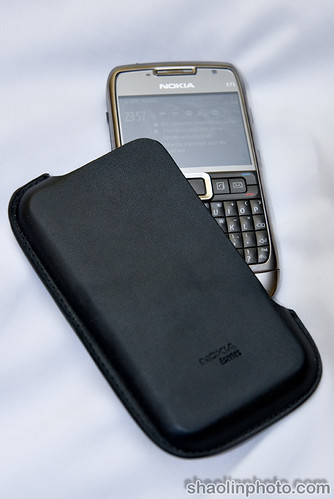 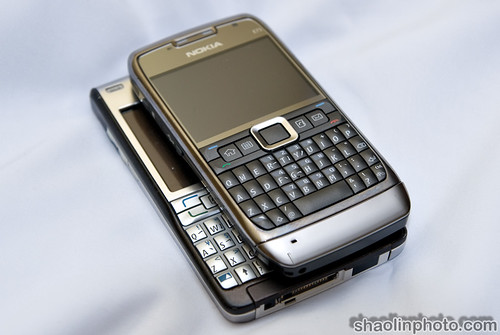 And slimmer, the buttons are almost exactly the same. Thankfully though they’ve dumped the stupid proprietary connection and are using the USB interface like the N-series phones. It also has a standard headphone jack (well almost standard its 2.5mm rather than 3.5mm but the adaptor only costs about RM9). 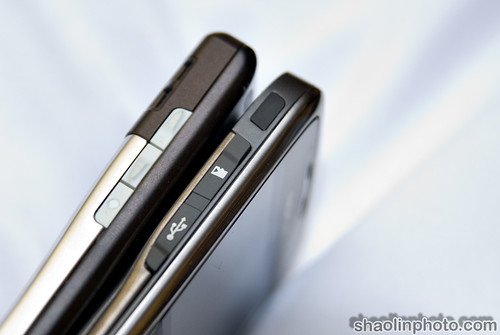 The build quality is excellent just like the previous one, the audio and video capabilities have improved a lot and it’s a lot more responsive due to a new processer.

It seems to have had quite a few features integrated from the N-series. One thing that really bugged me was there was no recurrent alarm feature on the E61i – I had to manually set the alarm every day! The E71 has that feature, without having to download a 3rd party app.

The camera is a little better than the E61i, but it’s not really noticeable, the pictures are a little disappointing but then what can you expect with an imaging sensor the size of a grain of rice.

The layout is very similar to the E61i but more compact as can be seen above, the keys are a little smaller and they’ve removed the spaces between the keys and lost a couple of keys. The keys do have a ‘pillow’ shape though so if you mash multiple keys with your fat digits the phone still knows which one you pressed harder and gives you the right result. I find it a little harder to type fast on than the E61i but it’s still reasonable, I guess I still need a bit of time to adjust to it. 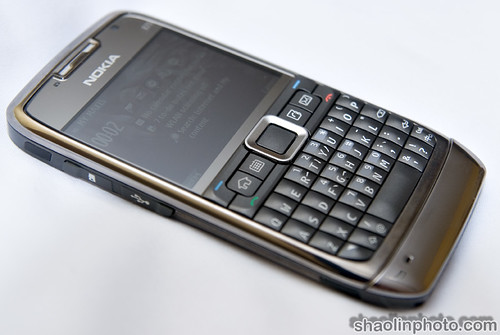 It also has predictive text, which although is an old thing for standard number keypad type phones, it’s a fairly new thing for phones with a QWERTY type keyboard. It also takes a bit of getting used, it’s a little annoying sometimes, but sometimes can help speed up your typing (if you’re using common words). It also helps a bit if you mispress the wrong key due to the new smaller keypad as it will suggest the correctly spelt version of the word.

The browser still flakes out now and then which is annoying, but the net surfing is great in the full screen mode.

It does lack the accelerometer feature the N-series have and it’s sister model the E66 also has, that would be a nice addition but I guess it doesn’t suite the demographic of this phone (But I want the light saber app!).

So far it’s been a good experience, mostly importantly for me Twibble and Gmail apps work fine! Although Twibble does default to numeric mode when I try and send a tweet.

Interface wise it’s a bit more configurable than the E61i as it has a switch feature allowing you to have 2 completely different setups, one for work and one for leisure. You can have different shortcuts, notifications and themes for each layout.

The retail price is RM1,950 – of course the street price is less and it’ll go down in the coming months.

35 Responses to Nokia E71 – My Review and Comparison to E61i