Some time last year I attended an event for Eibach and BBS track day at the car park for Shah Alam stadium, they had some of the guys over from Europe to talk about their products.

The morning talks were actually very interesting, there’s an amazing amount of engineering that goes into making suspension and alloy wheels!

I think it was my first time covering an event and my first time trying out some panning, luckily it was a bright sunny day which made it easier – and I tried some whacked up wide angle panning!

The cars used were Naza Bestari and the tyres sponsored by Toyo, there were 3 cars, one with standard suspension, one with Eibach’s normal upgrade (not too stiff) and one with coilovers (mega stiff). 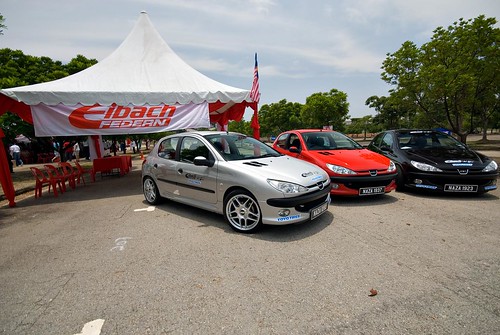 BBS rims are very nice, but they’ll set you back a fair amount (around 6k for a set). 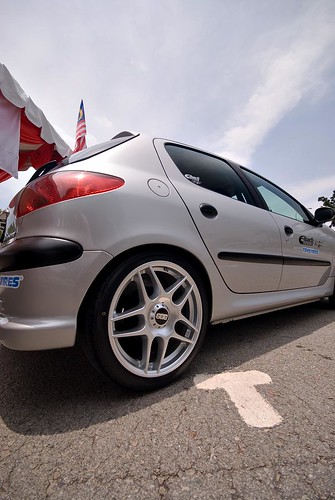 After an introduction the press and dealers got to try out all 3 cars on the small carpark track to test the handling with the various types of suspension. 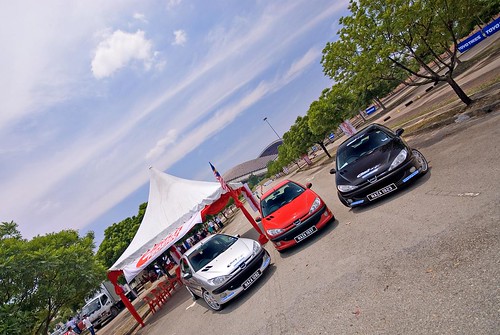 The red car was factory fresh, standard wheels and suspension and as you can see a considerable amount of body roll. 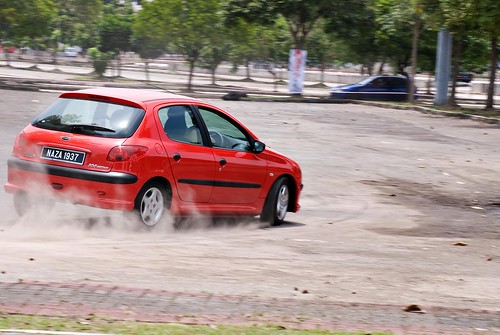 The silver car was fitted with the intermediate suspension and suffered a lot less body roll, but was still comfortable without being too bumpy. 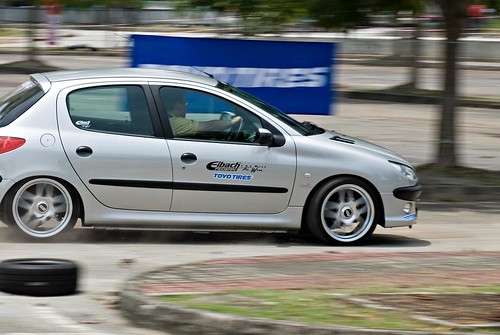 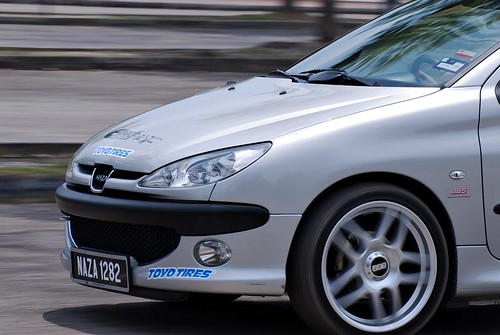 The black car had much harder coilover suspension and cornered really well. 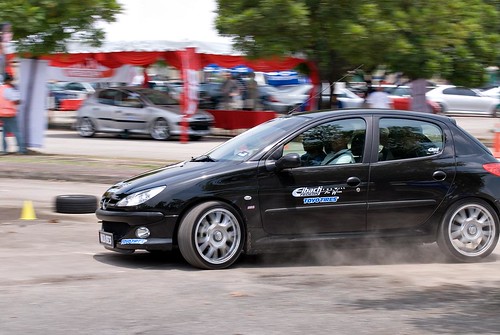 I tried both the silver and the black, I didn’t bother with the red as I pretty much know what the factory ride is like.

There was a small slalom stretch at the start of the course to try out the handling. 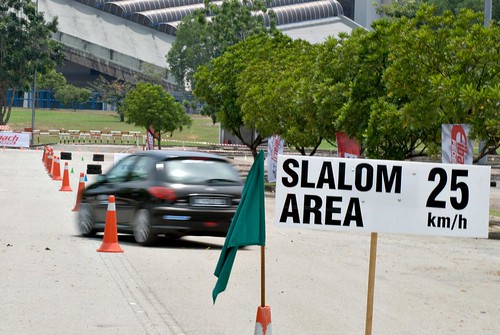 I’d just bought my superwide lens then I think and I was going a bit mad with it! Can’t blame me though right 10mm is damn cool. 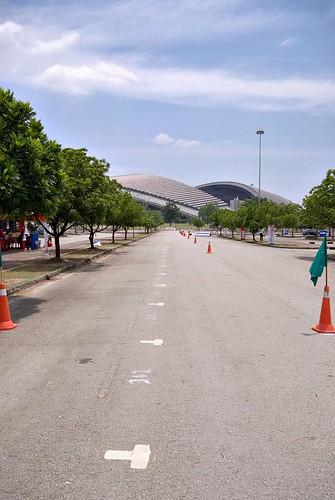 I even did super mega superwide panning! 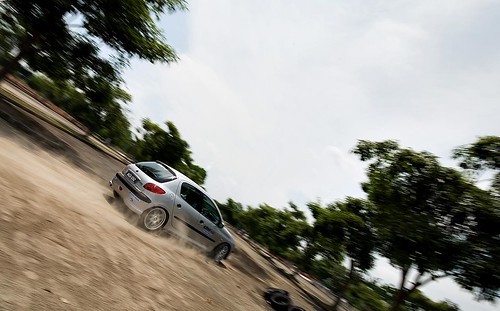 Shooting at f/20 to get the slow shutter speed, this was the day I discovered an immense amount of dust on my sensor!

It was a pretty fun experience, it’s good to practice shooting moving objects!