Next up when it was getting dark before the big guns of Shaggy and Whitney were a few local acts. Namely Joe Flizzow (of Too Phat fame) and M8 with Jaclyn Victor, Noryn Aziz, Nikki and a bunch of others (Yes both of the pictures on Wikipedia of Joe and Jaclyn are mine!).

Joe Flizzow came out first with his crew and performed for quite some time. 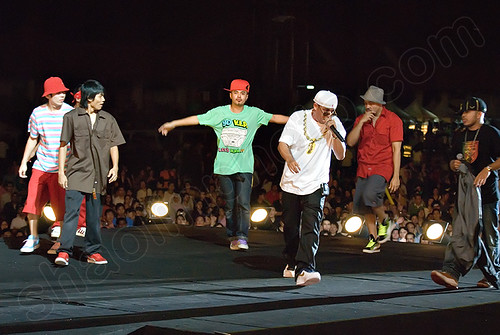 He had this cool shirt on which emulated a thick gold chain – and of course his trademark KL Cap. 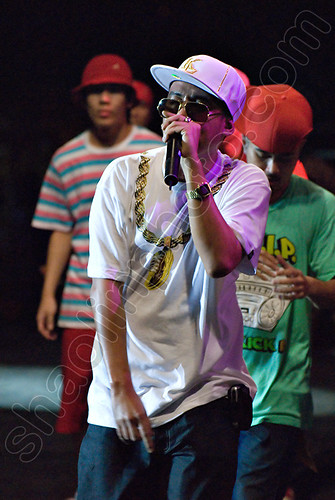 It was a fairly energetic performance with hats thrown to the crowd and some break-dancing. 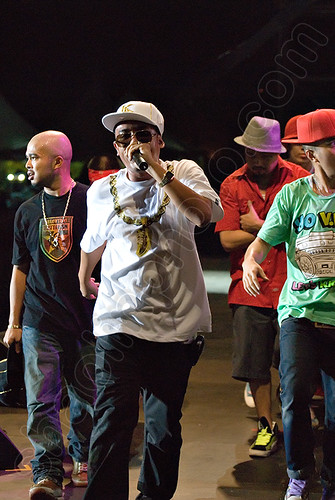 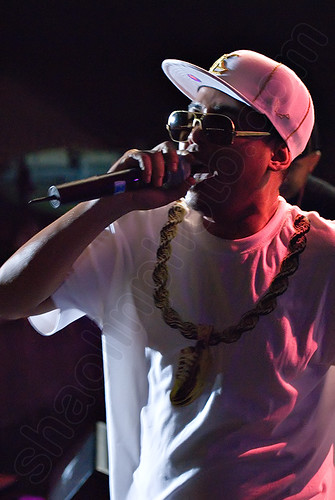 The image I put on Wikipedia. 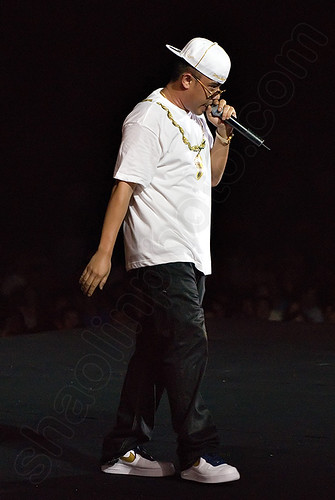 After the M8 came out – I can’t say I agree with their song choices. It’s supposed to be pop night, something a bit upbeat would have been far better than the selection of ballads they decided on.

First up was ‘Nikki’ – I have no idea who she was. 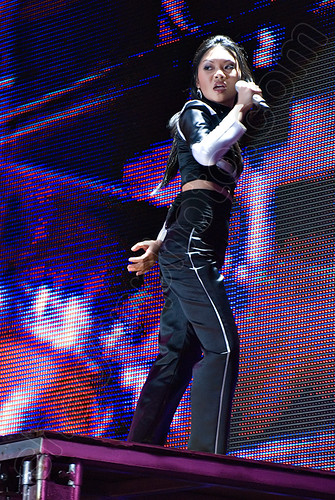 She was hot tho – playing the sexy part I guess. 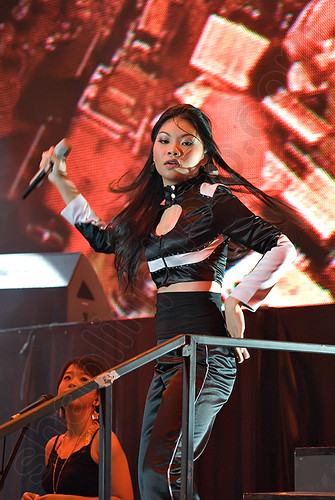 The stage setup and lighting was very good though. 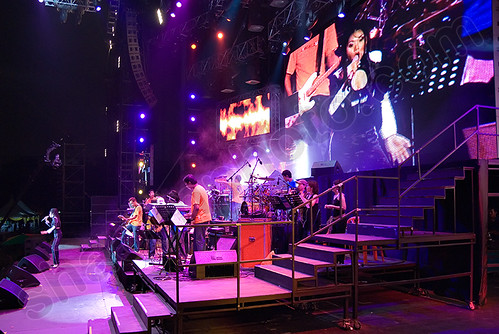 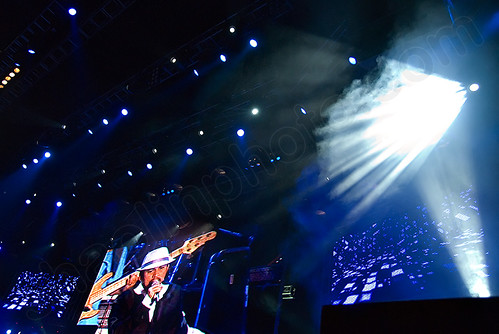 After that was the very beautiful Noryn Aziz. 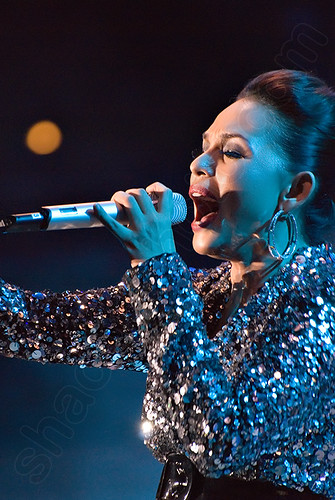 Then some others including Anuar (I think?). 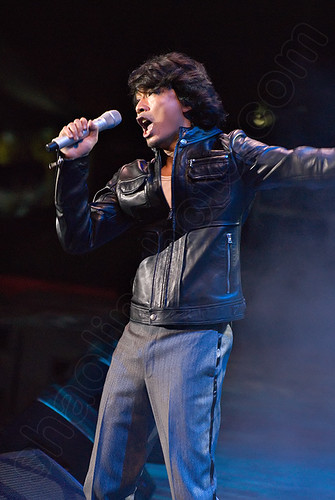 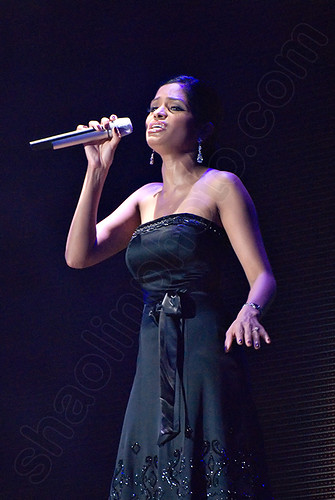 She has a superb voice and is a very good performer, I always enjoy her singing. 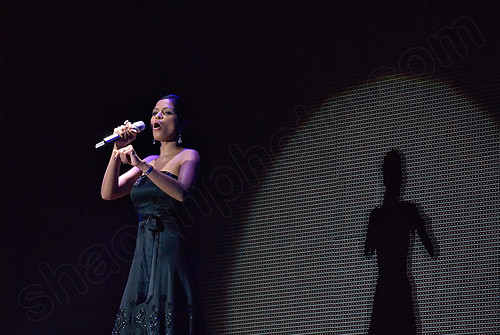 Next up – what you’ve been waiting for of course…Shaggy!