Ah my favourite jeans, have been wearing them for years, bought back in the UK before I came to Malaysia.

Finally time to retire them I think. 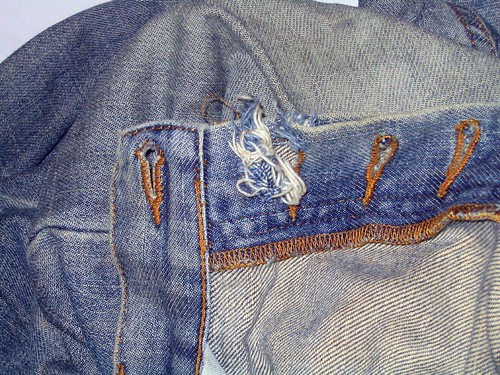 The balls ventilation entry has grown too large.. 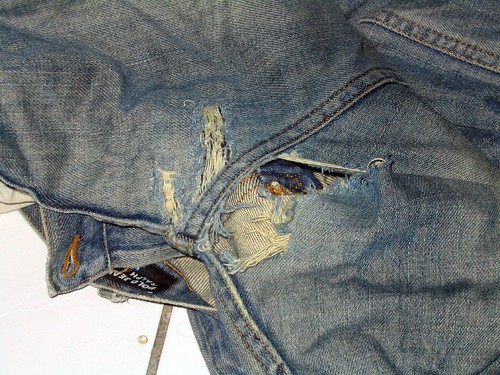 I guess that’s the problem with having genetic thunder-thighs, my jeans always wear out in the same place..

Jeans are an odd thing for guys…I guess most people are like me, they buy quite a number of pairs of jeans, but usually only end up wearing one or two.

One becomes the favourite, the rest just take up closet space and the second is used when the first is being washed.

I went out and bought a new pair from Bum…

Unfortunately the shop assistant decided to leave the security tag attached, hello…do they train you people? Surely this is the abc of selling something…take the money, remove the tag, bag it and say thankyou. 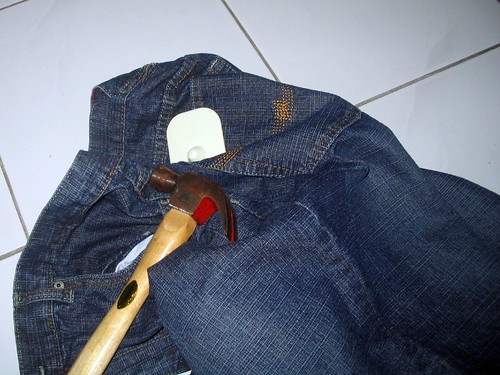 But no, somehow she managed to leave the tag on.

I tried breaking it with the hammer, but it was quite soft plastic…so it just deformed rather than shattering as I hoped

So I resorted to ripping it out, which left a small tear in the pocket on the jeans, but it’s better than walking around with a security tag on my ass.

Although on second thoughts, it could be quite a fashion statement…I think it might draw some of the wrong kind of attention….SHOP-LIFTER!!

I guess I could carry the receipt with me too.

You know you travel too much…
Movie Review – Spiderman 3 – Too long..