I gave a little sneak peak of the Road Trip to Hat Yai when I got back, now is time for the full run-down!

We met up at Sg. Buloh rest stop at 12.30am on Friday night, some people were late though so we ended up leaving a little after 1am. We might quite a few stops as some people were sleepy and some monster treks guzzled the fuel.

Around 7am we reached the Kayu Bukit Hitam duty free shop and the place where we bought our insurance for Thailand, it was RM14! If you are going into Thailand with your car this is a must, also make sure you have a copy of your grant (owners slip/pink slip) or the original as the Thailand immigration will ask for it when you enter. Sun was rising and we grabbed some quick breakfast. There were 8 cars in total. 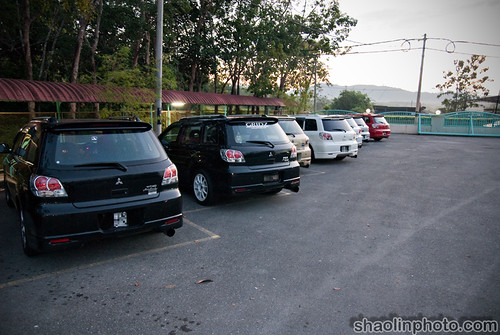 It’s also advisable to enter before 6am or after 9am as between those times the immigration queues will be crazy because of the busloads of tourists arriving.

The only problem with traveling at night, with your lights on you are a fast moving bug magnet..I washed my windscreen 3 times on the way there! 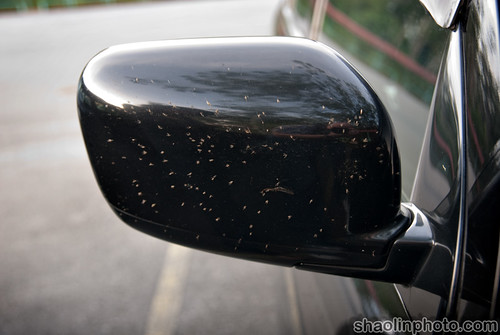 On the way in we stopped at the big duty free shop to grab a couple of bottles of Chivas for the evening entertainment. Immigration was pretty busy and it’s different from last time, it’s not like Singapore & Malaysia any more (drive through style) you have to park your car, go down and queue up with everyone else! 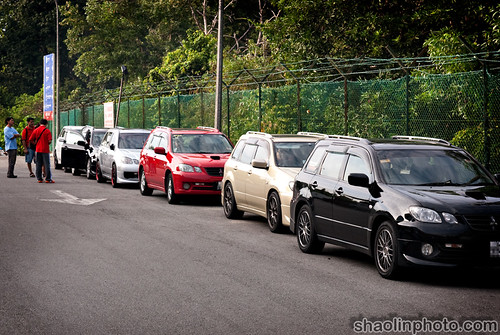 After you’ve got your passport chopped for entry you go to another desk with your car ownership details (the driver must have the same name and IC/passport number as the registered owner of the car), your insurance and your license. They will issue you a temporary permit to enter Thailand with your car for 30 days. Make sure you hand back the paper they give you when you leave, if not technically your car will still be in Thailand and they will fine you for every day you ‘overstay’ the next time you go in.

We reached the hotel finally but had some problems finding parking (I scratched my exhaust in some stupid underground carpark) as we couldn’t park at the hotel because the Thai PM was visiting! We also had some problems entering the hotel (metal detectors, armed guards etc.). We eventually got into our rooms around 10am, freshened up a bit then headed out for lunch. The hotel was B.P Grand Tower and was about RM80 per night (we got a very special rate and it’s off peak).

We had some great duck noodles and pork rice. The weather was great and there we were in Thailand, some of the others went for a massage and well having not slept for 1.5 days I promptly went back to the hotel and passed out so ensure I was conscious for dinner. 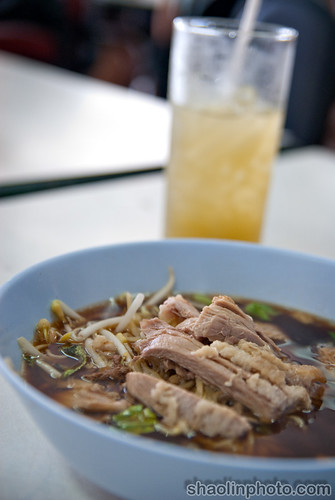 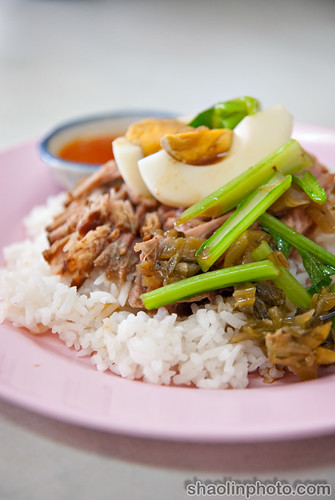 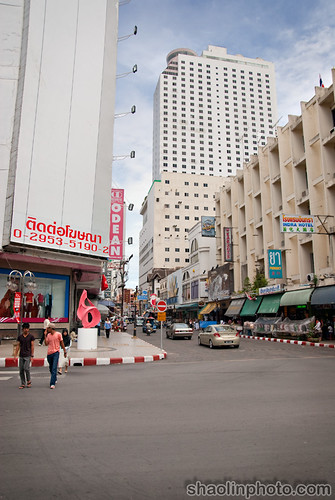 Dinner was at some fairly well-known hilltop restaurant in the middle of Hat Yai Municipal Park, Chivas for starters of course! 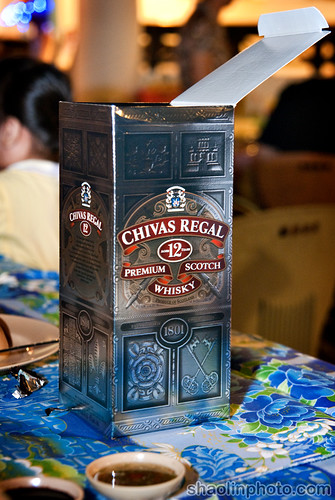 It was quite a big group with all the wives and kids, and a fantastic view of the city from the hill top. 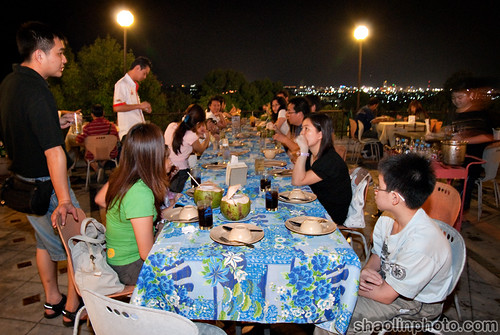 The star of the night was the highly recommended pork knuckle and man was it good! 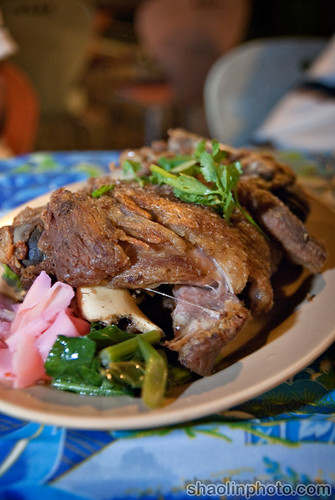 We also had some soft-shelled crab, 2 kinds of fried fish, tom yam and some kinda prawn sashimi salad. A great dinner! 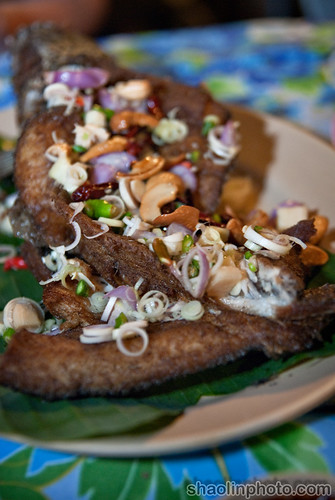 After that it was back to the hotel, half the group headed to the pub and we went for some snacks and shopping. Grabbed myself a sweet Mitsubishi Rally team shirt for RM40 and a Singha beer t-shirt (only RM10)…and an erm..manbag *cough*.

Dropped the stuff off at the hotel and headed to Cowboy bar to catch the rest and to witness Nook the real Guitar Hero. Of course no Thai bar is complete without some pretty dancing girls, plus it was Halloween so there were all kinds of funky costumes. 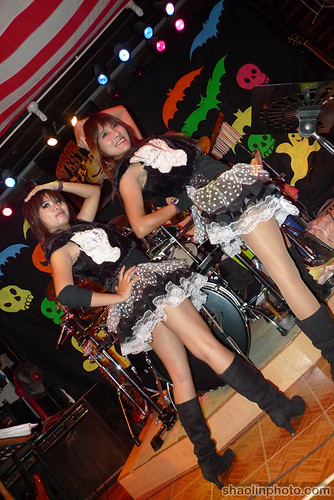 I’ll try and find some time later to upload the videos of Nook whamming his guitar.

The next day we got up a bit late, headed out for some highly recommended Hainan chicken rice but the uncle had already sold out by 12:15! So went for another recommendation, pork kway teow. It was damn good! 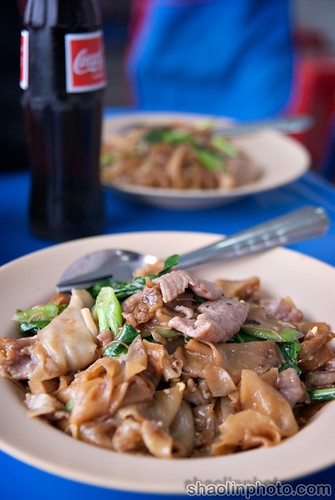 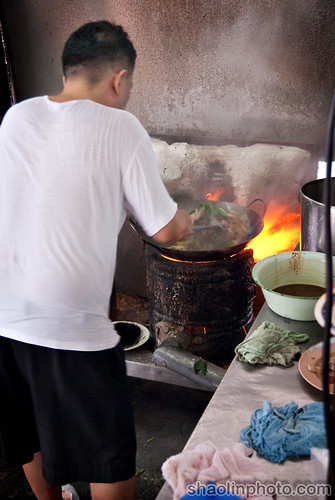 Then back to the hotel to check out, here’s me on our floor (11th) with a view of Hat Yai. 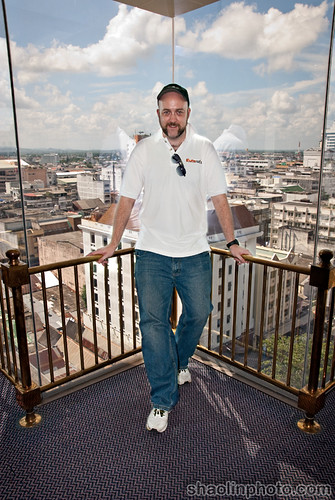 Then it was time for the convoy back out, we left just after 2pm. 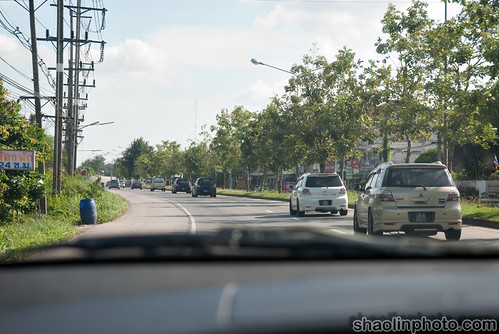 We used walkie-talkies coming and going back and it’s very useful, it makes driving so less stressful if you have a good convoy leader and a good sweeper. 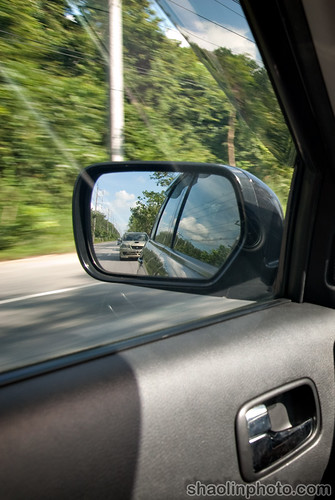 Then all the way back to Penang for dinner. 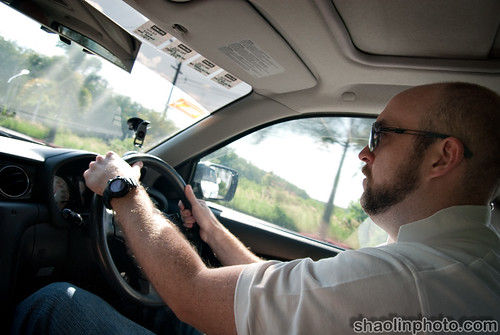 It was a smooth exit from Thailand and a smooth trip back although it rained heavily most of the way which slowed us down, reached back Sg Buloh toll and home shortly after 1am.

It was a great trip but very tiring, I’d prefer to drive there faster next time and make less stops. Maybe make it past the border before 6am and catch some rest before lunch so I don’t have to knock out for the whole day! I could have done with another day though for some more shopping and some massages!

One thing I need to remember next time, is load my Garmin with Thailand maps..I’ve already worked out how to do it, I think it’ll help a lot and of course we can drive out and not get horribly lost.