Just an observation I made recently..

I noticed McDonalds released a trio of new burgers (at the same time, they sadly ditched my FAVOURITE thing – The Orange McFizz!)

But anyway, did anyone notice the similarity to the Ramly family of burgers? Well let’s be frank, they are exactly the same. 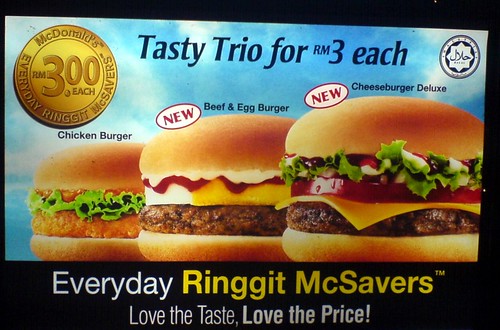 They don’t have quite the range of the Ramly as it’s customisable, but it’s essentially the same thing.

I noticed on buying a ‘Cheeseburger Deluxe’ too that they are going for the Ramly style, Ketchup and Mayo and loads of it all running out the sides.

I will say…I am rather a fan of the new Cheeseburger Deluxe, it does hit the spot…still not the same as Giraffe burger in SS2 tho.

Movie Review – The Fast and The Furious – Tokyo Drift
OUTSIDE IS OUTSIDE!!

19 Responses to McDonalds Goes Head to Head with Ramly?