Why didn’t they run?

Why didn’t anyone run?

Photographs from the camera of a Canadian couple killed in Asia’s tsunami include their final shots of a huge wave as it rushed toward them at their beach resort in Thailand.

The final pictures from the camera 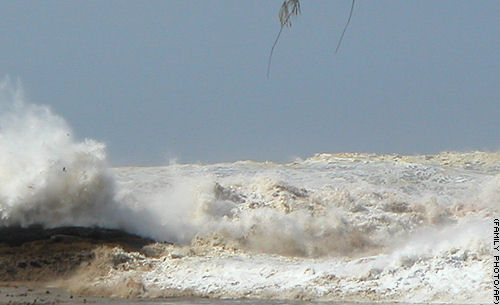 Shows you how tough memory cards are though, reminds me of a study they did, memory cards can take a ridiculous amount of punshiment and still keep the data intact. Shame Digital Cameras are rather frail in comparison.

https://news.bbc.co.uk/2/hi/technology/3939333.stm They were dipped into cola, put through a washing machine, dunked in coffee, trampled by a skateboard, run over by a child’s toy car and given to a six-year-old boy to destroy.

Perhaps surprisingly, all the cards survived these six tests.

Most of them did fail to get through two additional tests – being smashed by a sledgehammer and being nailed to a tree.

Even then, data experts Ontrack Data Recovery were able to retrieve photos from the xD and Smartmedia cards.