Just got back from my big night out, woohoo!

I went to check out Uncle Ho’s wares Brunei style..

Actually cheaper than KL and a better range of stuff, I found some foreign Thai and Korean flicks I couldn’t find in KL, which is nice 🙂 (Such as Beautiful Boxer[/url] and Taegukgi[/url]) 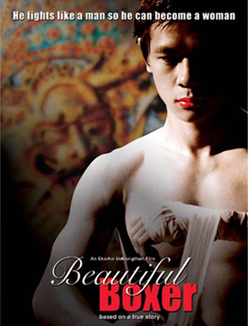 Also got some decent horror movies, better find someone I can picit when I’m scared 😀 Also need to buy a sofa first to fully enjoy (and hide behind) during hardcore horror sessions..

Hmm had some half decent food then went to watch The Incredibles[/url], man that movie kicks some serious ass!

One of the best films I’ve seen for quite a long time, it’s somewhere up there with Shrek[/url] and Finding Nemo[/url]!

It’s the reason animated flix are so great now, the characters have such expression and you can actually develop the personalities on screen..Plus they can do all kinds of crazy stuff that can’t really be done with live action (Without an overload of CGI, which can ruin a film IMHO). I think it should be like this though, done in a kind of caricature way, yeah the scenery and sets look almost real but the people still look like animated characters. Animated movies should be a medium to express realistically wild stuff that wouldn’t work in a live action film.

Whoever thought up the stuff in this movie has a truly amazing imagination, it was original, funny, exciting, funny, interesting and FUNNY.

The only thing that annoyed me during the show were those monkeys that laugh a bit TOO much and a bit TOO often. I mean some parts are not THAT funny right…chill.

After that went to play pool with my colleage, which turned into an impromptu lesson, as I’m pretty decent and he’s…well..not.

He improved though which was good, but he kept getting distracted by the Phillipina who racked up our balls..”A little thick round the waist but good” I think were his words.

Then came back and checked my Uncle Ho merchandise, pretty good success rate.

My 2 quotes for today are:

“49% of the people you know are below average“

Humph
The 15th worst movie ever??