Rebuilding My Site From Scratch

The last time I updated this site (as in the theme and the technology behind it) was way back in June 2006 with Version 3.0.

Things have changed a lot since then, and my skills have obviously improved a lot since then. I’m not those people that change themes often and leave them pretty much default, I like to build things from scratch and get things exactly how I want them before I move forwards. I’m rather obsessive when it comes to such things.

I cut my teeth with the whole thing back in April last year when I moved Darknet over to Linode on a custom setup.

I’ve also learnt a few more things since then, I’ve been looking around at the various hosting options recently, but the one that caught my eye was https://www.oneasiahost.com/ as they have VPS hosting running on SSD drives starting at only $12USD per quarter!

So I’ve started rebuilding this site over there, it’s lightning fast, so fast it makes my eyes bleed! There’s a LOT of stuff to move across (the munin setup, my private wiki and this hosting accounts holds about 8 domains right now.

I’ve build everything from scratch though with nginx/php-fpm/MySQL/APC/W3 Total Cache and lot’s of magic shell scripts.

I’ve also rebuilt the WordPress part from scratch (ditched all the plugins, emptied out most of the MySQL tables, cleaned up a lot etc) – and a whole new theme. It was rather unstable and well Apache just sucks doesn’t it.

I decided to build fresh using a Framework as I spent DAYS looking for a nice premium theme (Checked all the usual suspects, Elegant Themes, Woothemes, Theme Forest, Headlines etc etc) – but almost everything is a magazine theme – I just want something that looks like a blog.

In the end I went with Woothemes Canvas as I’m pretty familiar with Woothemes (done most client projects using that) and it’s a very powerful, flexible flamework to build a blog on. It provides a lot of functionality which I previously need plugins to achieve. 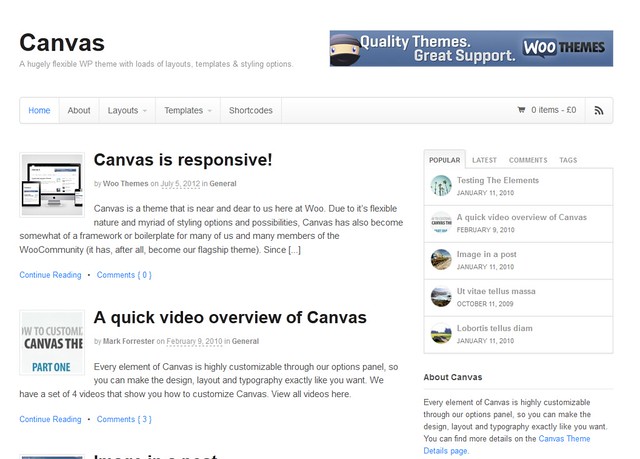 Once I’ve carried out my final testing and the DNS changes have propagated the new site should be live within the next few days.

On another note, do you remember the video in my previous post about the mysterious light? Well there’s another follow up report here:

9 Responses to Rebuilding My Site From Scratch