I like motorsports, that’s just how it is. I’m not a huge fan of F1, I kind of lost interest during the Schumacher days when there was no point watching because you knew who was going to win.

I’ve always been a bigger fan of Rally! It’s more exciting, more dangerous, technically more challenging to the cars and takes a hell of a lot of skill on the drivers part. Proton recently re-entered the APRC (Asia Pacific Rally Championship) with the Satria Neo 2000 – quite a beastly looking car. 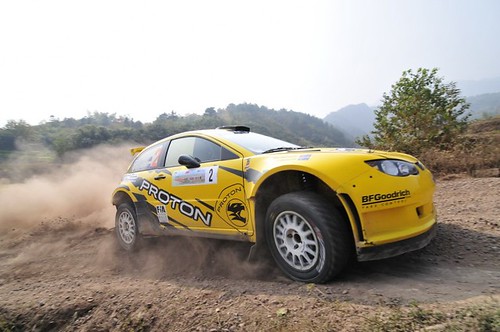 And they’ve been doing really well! In the last race of the season in China, they actually took 1st and 2nd place! Alister McRae took the podium for first place and Chris Atkinson at second for the APRC while Alister takes second and Chris third at the podium for the Asia Cup. Alister is currently also at third placing for the APRC Driver’s Title. 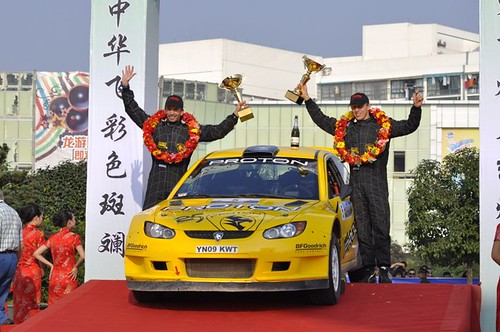 This win put them ahead of Subaru and behind Mitsubishi in the APRC Manufacturers Title in 2nd place!

I can’t wait to see what they can do in the next season!

If you want to follow updates about the team and Proton Motorsports, they have a blog here: