The Eventful Trip To Cameron Highlands!

We set off early in the morning to meet at around 8.30am for breakfast, we took our time and ended up leaving nearer to 10am – off we went on the highway stopping off at Tapah services for some Baskin Robbins.

After that it was time to turn off and start the winding journey up the old road to Cameron Highlands! It’s actually the first time I’ve been there, I’ve been meaning to go for ages but didn’t have chance yet. 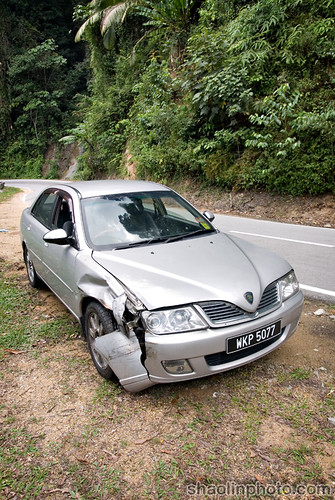 As we couldn’t get up the hill with all the luggage and all the people we had to have a makeshift picnic at the side of the road whilst we awaited the tow-truck guys (bear in mind it was now about 1pm and we were ready for lunch!). All we were armed with was some mineral water, a Chinese language newspaper and 5 umbrellas! 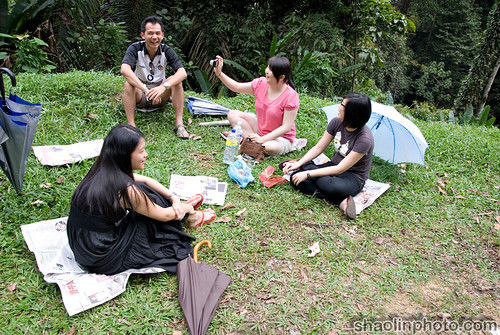 What do bloggers do when they are bored? Take pictures and make videos – check out Suan’s awesome video here for some excerpts from the picnic. 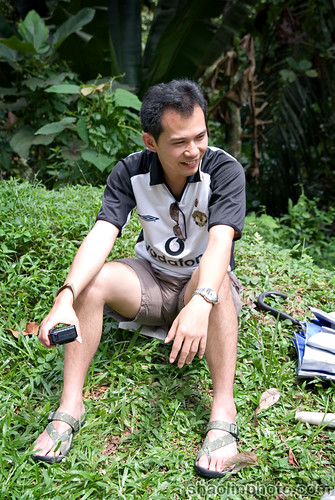 Eventually the tow guys came so we could ciao back up the hill, when we eventually reached the top of the hill it was about 5pm and everyone was ravenous! We headed out for some steamboat of course (a must do in Cameron). 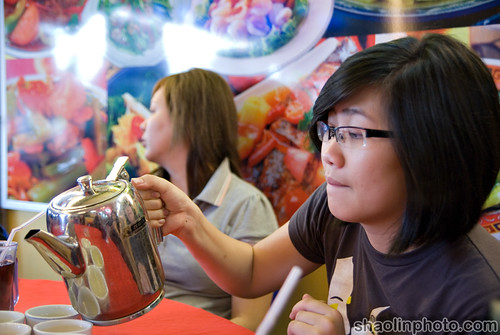 The most prawns I’ve seen in a steamboat! 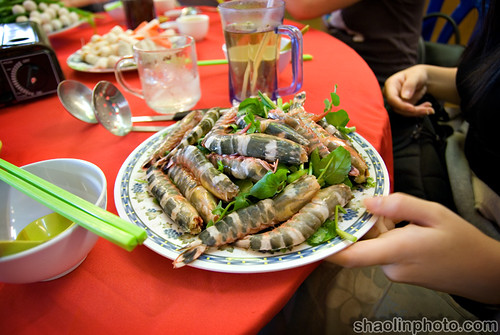 Hungry people whack everything inside! Hmm makes me feel like some steamboat now.. 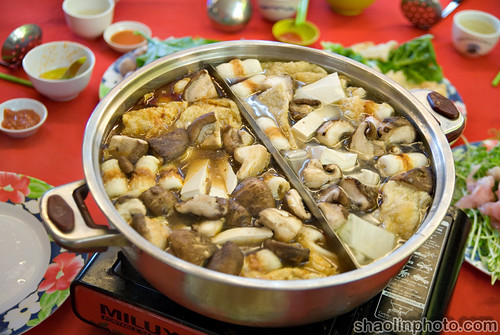 After that it was back to the beautiful bungalow, surrounded by a golf course and perched on top a hill. I need a car with more clearance next time we go though because the drive up wrecked my bodykit! It was the night before Chap Goh Mei so the moon was super bright and full, we hung around and took some pics of the moon whilst people showered and got ready for the gambling. 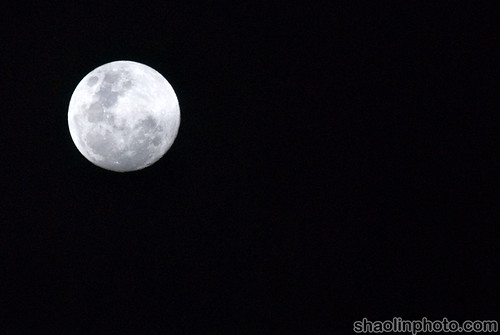 We popped down to the police station for a while too to try and make the police report, that was a big fail though as the accident happened in Perak and we were in Pahang (change of states half-way up the hill to Cameron – nice!).

After that it was time for the fire, it’s been a long time since I sat by a real fire and it was AWESOME! We roasted some potatoes and had them with butter+salt and it was absolutely delicious (plus lots of beer and gambling of course!). 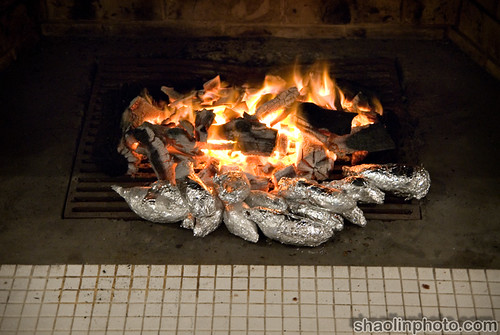 The next day we got up early for breakfast, packed up our stuff and went off exploring. We of course headed to Bharat Tea Plantation as I posted about before and had tea and scones – I only wish they have real fresh whipped cream as the scones are actually pretty good. 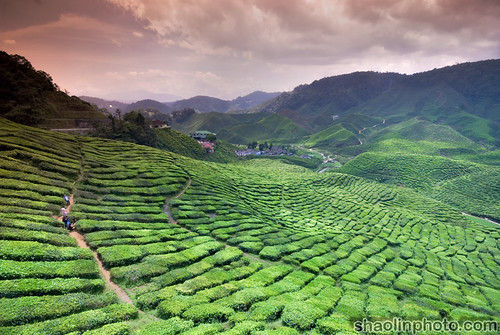 We wanted to go to Boh, but it was closed on Mondays and it’s quite a way deeper inside Cameron – perhaps next time if we are there for longer we can explore a bit more.

Even the toilet there had a wicked view! 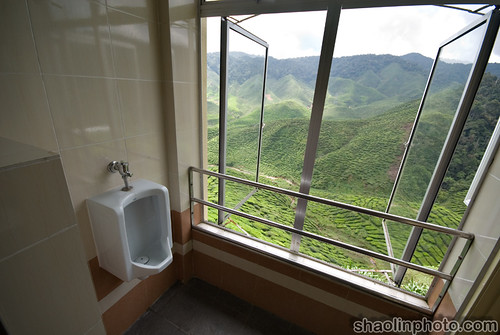 We took some pics, then off we went. 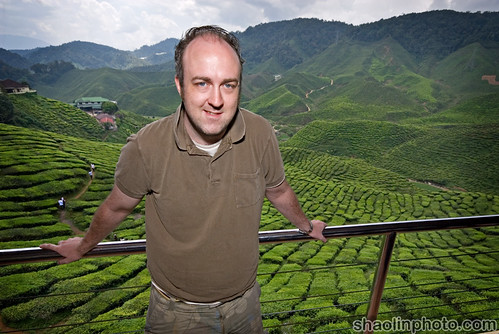 On the way back we checked out some kinda bee-farm + strawberry farm. The strawberries didn’t look particularly tasty though and well bees are just bees. 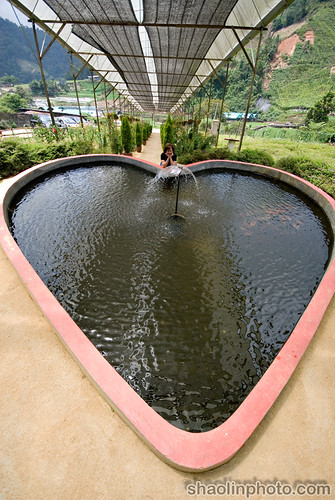 After that it was back down to Tapah to make the proper police report, then dinner and then back home – straight to Cineleisure to watch Punisher:Warzone which is by far one of the worst films I’ve seen for a long time.

It was a great trip and I hope to go again for longer in the not so distant future.

Other posts about the trip:

16 Responses to The Eventful Trip To Cameron Highlands!