So on new years eve there was a big party at Mid Valley City called MidZone Countdown 2008.

Fireworks, dancers, drummers, good djs and a bunch of friends – sounds like fun eh? Well it was!

We got there quite early, to collect our media tags and to avoid the jam – strangely federal highway was empty and parking was a breeze. I have a feeling the whole world went into KL city to get jammed up against each other in the various street parties.

Our good friend Dabido was there from across the ocean – he arrived around the same time as us. Dabido and the Laydees. 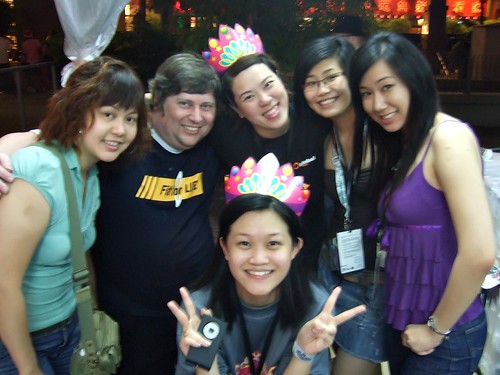 And yeah someone has a bigger belly than me! 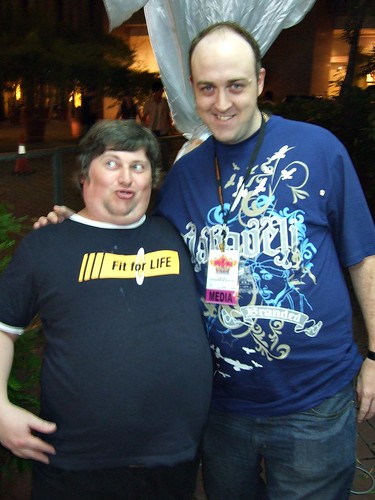 It was pretty quiet when we first arrived – as we were pretty early but people started rolling in soon after. 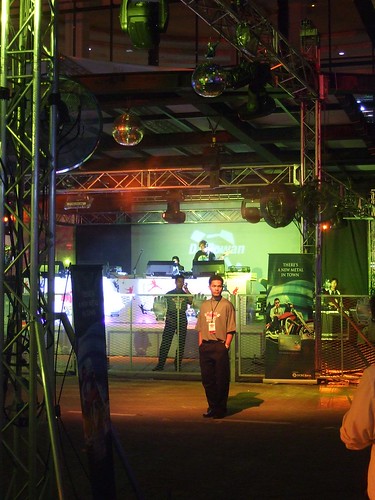 Things started hotting up with the sexy dancers than came on (They were rather obscene!). 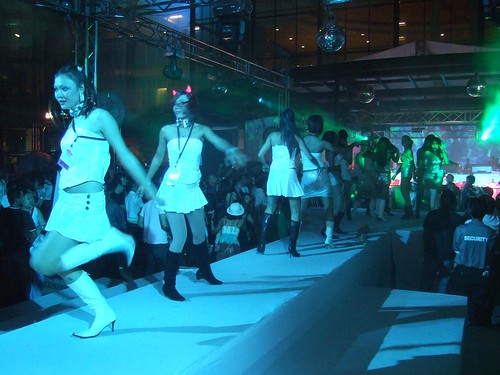 And the crowd started building up – with the atmosphere too. DJ Rowan was playing when we first got there and he was excellent! Rocking us with real quality dance hits from the 80’s and 90’s. It really got everyone moving. 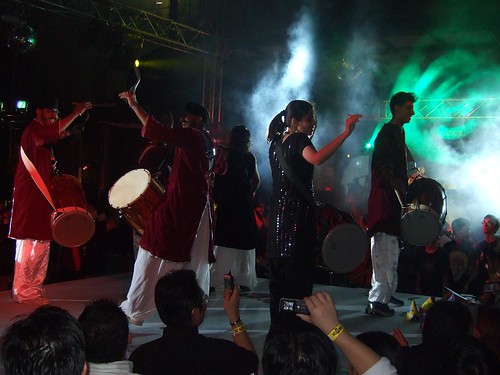 And one of the highlights for me, which was the Laser Dancer! Wow amazing, breathtakingly beautiful. It’s basically a suit composed of mirrors, then all the lasers focus on the dancer and she moves slowly and gracefully. I have to admit – not something I’ve seen before. 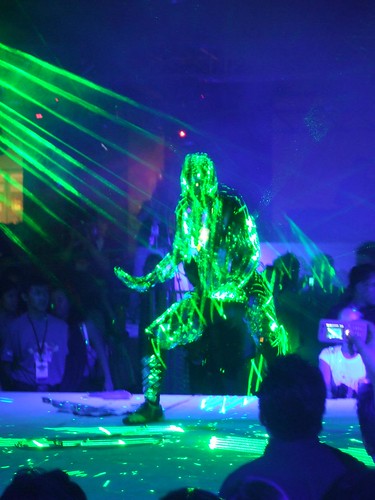 The crowd was pretty packed as we got closer to midnight and everyone got excited. 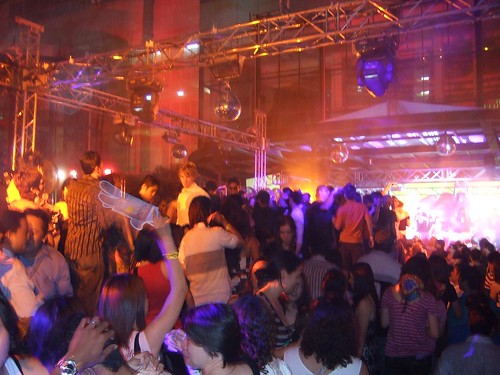 They unleashed some large balls/baloons for the crowd to bounce around just before midnight. 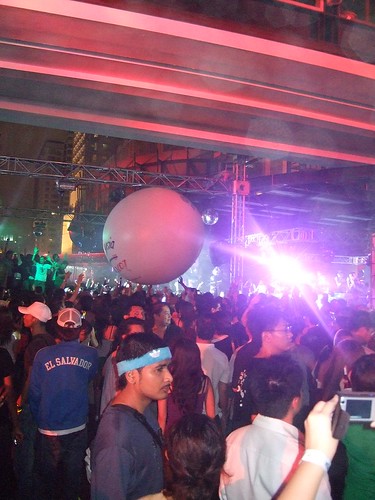 Then the countdown started! 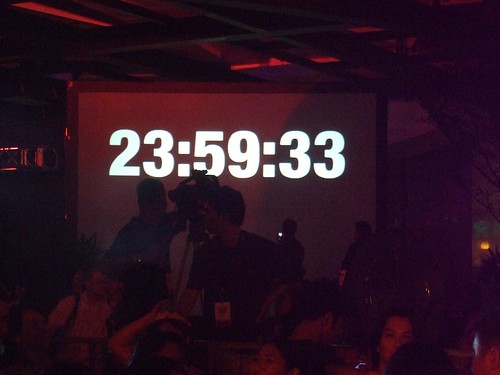 And everyone went wild! 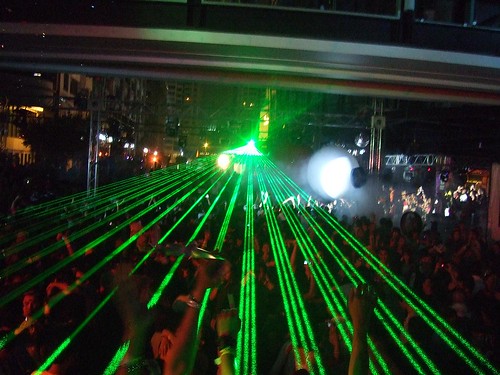 The fireworks started about 2-3 minutes later and were absolutely stunning – really good show and so long that my neck started aching! 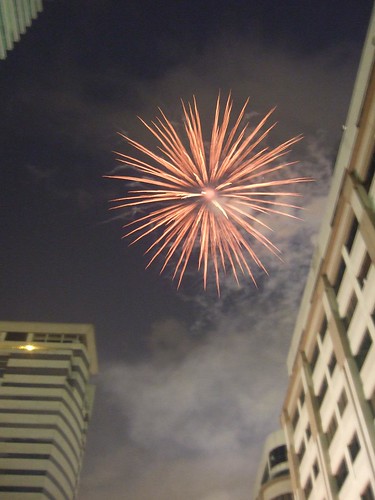 A short video of the fireworks I took:

There was even a lion dance, I touched the lion of course for luck in the new year. 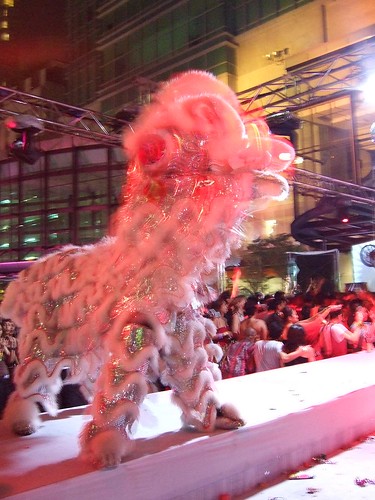 Then about 1am – what we all had been waiting for! Stoneface and Terminal came out – and man they really rocked the place with some quality banging trance. 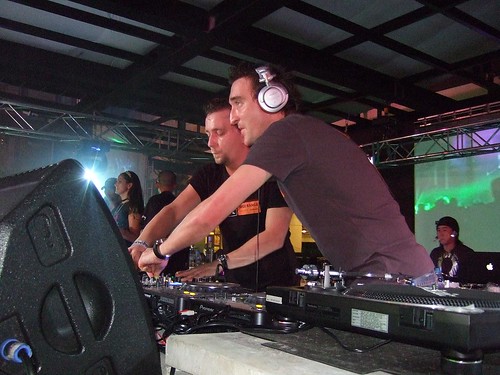 The whole place was jumping. 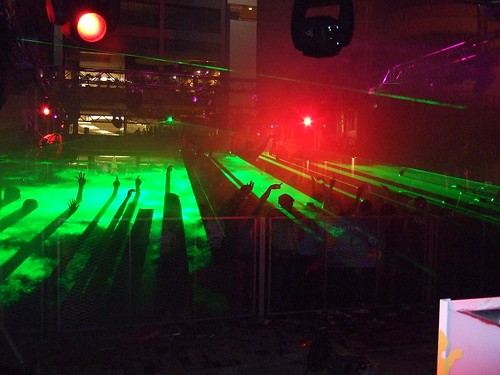 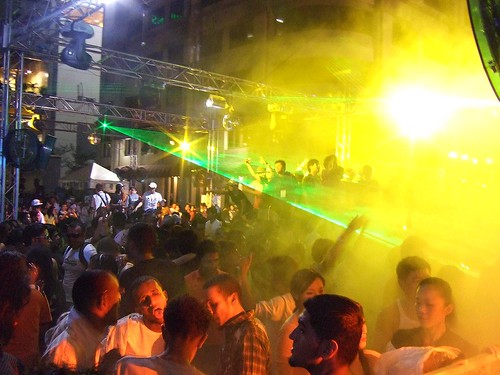 Stoneface and Terminal rocking the crowd. 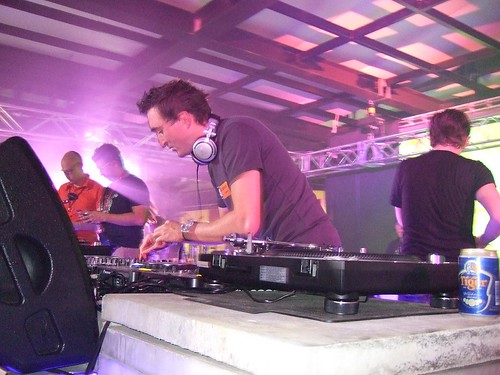 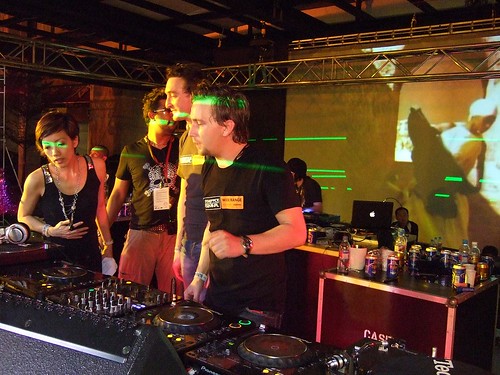 At 3am sharp they stopped playing – Serena C wished us a happy new year, drive safely and thanked all the sponsors. 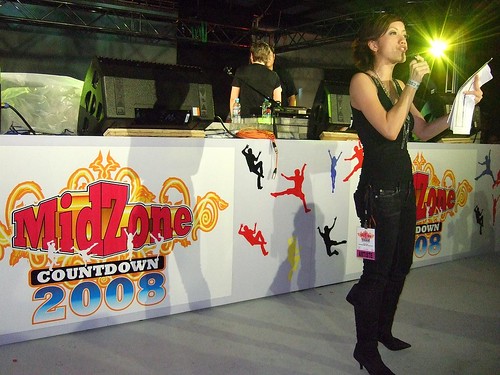 And that was that, Midzone Countdown 2008 was over – and it was great.

I can’t wait for next year!

Who else was there?