So I got a chance to go to Nikon along with a few friends to try out the new Nikon D3 and D300 models set to be released later in the year. I don’t usually camera geek here as I have DigiSniper for my gearhead side…but this is too special not to mention 🙂

I went to Menara PKNS on Friday afternoon to meet their technician and play with the new cameras. The new full frame Nikon D3 and my current cameras successor – the D300. 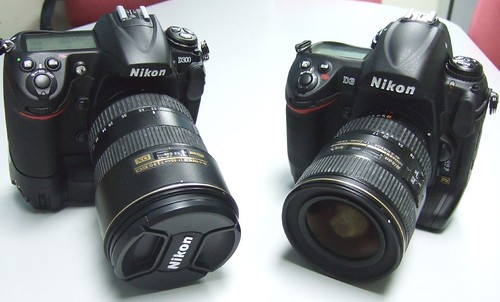 The D3 is the first full frame digital camera from Nikon and has set the digital camera world on fire with it’s high ISO performance, usable croppable shots at ISO6400 with plenty of detail. You can read more here: Nikon D3 Hands on Detailed Preview.

My eyes are more on the D300 though, as the successor to my current camera (Detailed Hands on Preview of Nikon D300), with proper live view (contrast based AF) and super good high ISO performance…its’ definitely tempting. 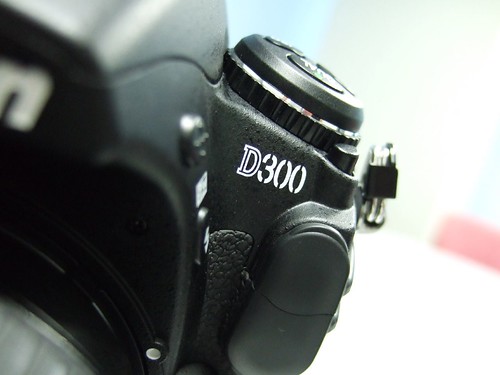 The monitor on the back is indeed a work of art, as seen on the recently released Sony Alpha A-700. It’s a beauty to behold.

The white balance was a bit funky under tungsten lights, this is a problem with the prototype models. The hardware is pretty much finalised, but they are trying to perfect the firmware before release, doing extensive testing to make sure it works well under all conditions.

I guess they’ve had some challenges with the new CMOS sensor, apparently it gives better performance battery wise as CMOS draws less power than the previous CCD.

The megapixels are neglible, 12.3mp for the new D300 and 10.2mp for my current camera. Unless you quadruple the megapixels to effectively double the resolution, there’s not much difference.

The main difference will be pixel density and detail, especially detail retained under high ISO conditions. After testing the new D300 I have to say it is noticeably better than the D200 at least by 1.5-2 stops. It does expose a bit on the high side though compared to previous cams which tend to underexpose.

I do wonder if it’s set this way to give an impression of better ISO performance (overexposed images show less digital noise than those that are underexposed).

One thing about Nikon is though, it has much less ‘digital’ noise than some other brands. It has noise, but it’s more pleasant and more detail is retained.

Anyway, I’d love a D300…but I doubt it’ll happen any time soon, I just can’t justify it and it’ll be around RM6k mark I guess.

I don’t have much to say about the D3…it’s just too fantastic for words and I have to keep my hands off it – less I get terminally poisoned.

The shutter sound for both is nice and sharp, ergonomically they are almost identical to the previous models (D2Xs for D3) apart from the addition of LV for Liveview on the command wheel.

The liveview works well with the contrast based AF, it’s pretty slow though. And in ‘tripod’ mode you can choose the focal point (and zoom up to 15x for those tricky macro shots), in handheld you have to use the middle point and you can’t zoom in so much.

The new D300 battery grip is sweet too (MB-D10), it no longer has the T shape design so with the grip the camera can support 3 batteries! (And it’s easier to store) And AA batteries (8 I think). Plus the new grip has a joystick like the back of the camera for proper selection of AF points rather than scrolling with the wheel. It can support the D2/3 series batteries as well for a higher frame rate (EN-EL4/EN-EL4a).

With EN-EL4/EN-EL4a & AA batteries it’ll give you a higher frame rate of 8fps and it’s magnesium alloy…so it’s set to be expensive.

There should be stock in the market in Malaysia by mid-late December for both models, how much stock…I don’t know.

And what the price will be? That doesn’t seem to have been decided yet.