Why ShaolinTiger – What’s in a Name?

A while back I asked for open questions on this blog and got some interesting ones, I’ll start out with the most frequently asked questions.

The most common of course is “Why ShaolinTiger? – Where did the name come from” and other similar questions of how did I choose it, do I like martial arts and so on.

I chose this name when I first joined the monkeys and tubes that make up the Interwebnets back in 1996 when I went to University in Liverpool.

Before that I didn’t own a computer, didn’t need a nickname and knew virtually nothing about the net. When I first got to uni they were still using Windows 3.11 and Yahoo! was king of search (makes me feel kinda old)..

And I’d heard about this thing called Internet Chat, so I chucked it into Yahoo! and out came mIRC, so I downloaded it and connected to DALnet #chatzone…that’s the start of a whole other story.

Anyway, the point is to chat you need a nick, preferably a cool one…so I knocked my head trying to think up something.

At the time I was studying Kung Fu at the local univeristy club, Hung Gar Kuen to be exact – yes the same style from the family of Wong Fei Hung. 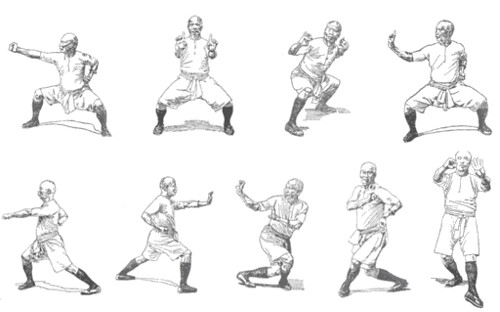 It’s known as a style based on Tiger and Crane forms – Character Taming the Tiger Fist and Tiger Crane Paired Form Fist.

It also has some stuff on 5 elements and iron wire fist, it’s a style very much based on stance. My sifu was second generation Shaolin and spent 2 years just doing horse stance before he even did any basic moves. Sadly in the Western World such slow learning wouldn’t stick so things were rapidly accelerated.

I used to really enjoy sparring hard and the blood rushing to your head as the adrenaline kicks in.

Hung Gar was good, and was my second favourite training experience after Wing Chun.

I’ve always meant to talk more about martial arts..but I never have, is anyone even interested?

So back to my nick….. ShaolinCrane didn’t sound very cool, so I went for ShaolinTiger seen as though I was studying Shaolin Kung-Fu and it was Tiger and Crane style.

And that was that…let’s not talk about the Yahoo! e-mail address I ended up with as shaolintiger was taken even back then in 1996.

23 Responses to Why ShaolinTiger – What’s in a Name?