Penang Bridge Marathon 2007 – My Side

As I mentioned a few days back, I was in Penang over the weekend taking some pictures of the Penang Bridge Marathon 2007, no I wasn’t taking part..If I was competing, I don’t think I’d be sitting here typing now, I’d be in hospital.

So props to all those that managed to finish.

It was an interesting experience, especially having to be up at 2.30am to cover the team getting ready. I was also there the day before at the sparkling new Queensbay Mall for registration. 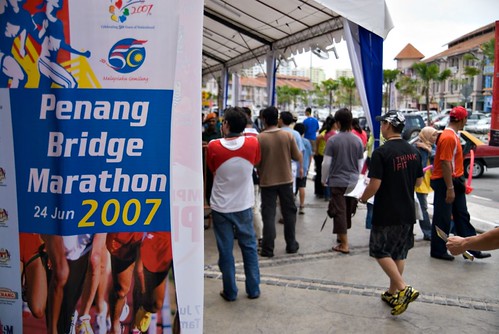 There was a hefty crowd gathering there. 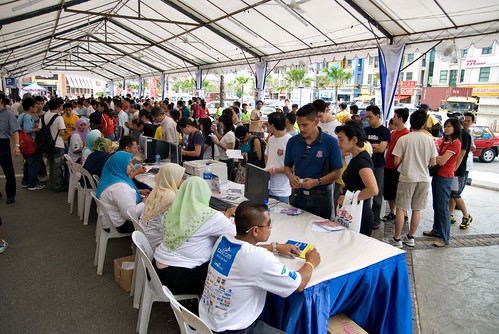 Careful…can you believe they ran out of numbers? And the shirts they had, for all registered members were only “S” size. Not that you would have wanted to wear it for the marathon anyway. 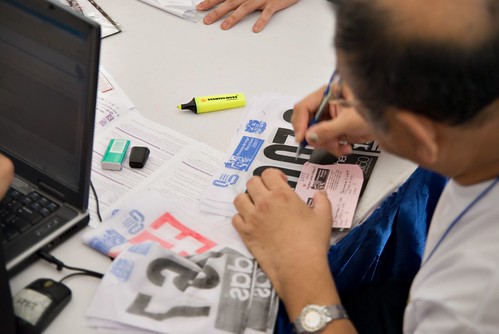 After that it was up early in the morning for the 4am start…which we had to walk about 2-3km to through the closed down streets of Penang.

I have to say all in all the whole thing was organised pretty badly. 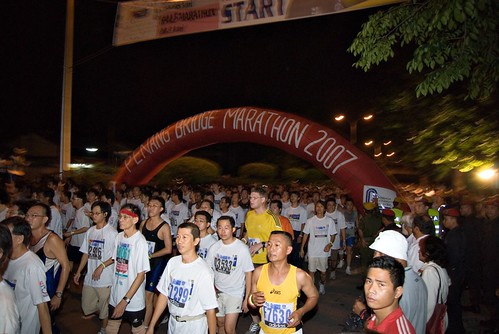 There turned out to be 21,399 registrants in the end, a pretty massive number. 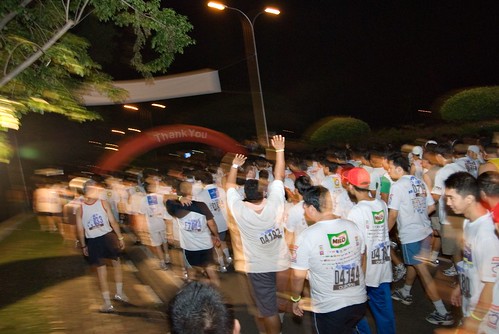 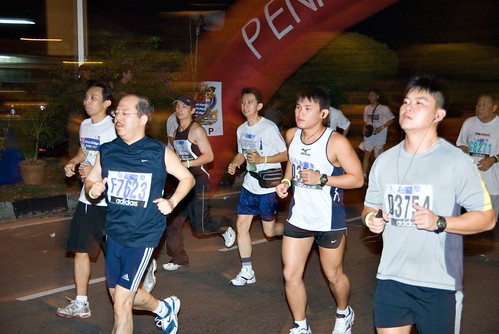 The women started a while after the men. 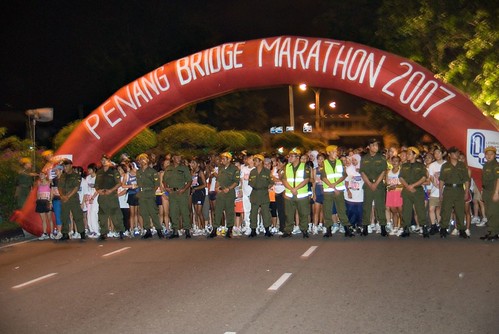 And a while after that the hordes of juniors and corporate runners. 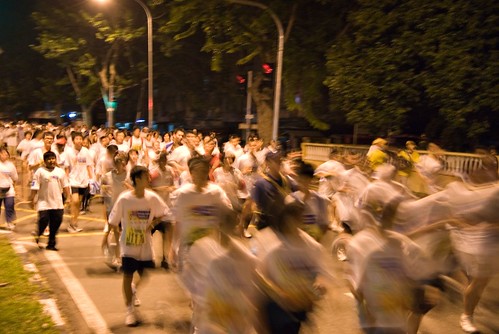 Following that it was a pretty long wait until people starting crossing the finish. 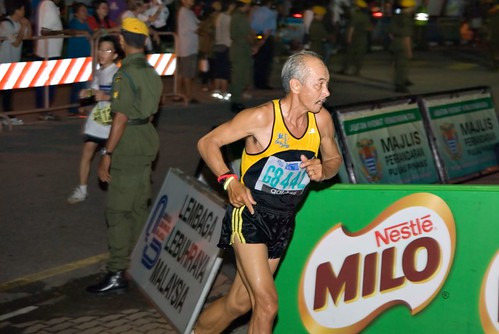 Dawn breaks over the finish line 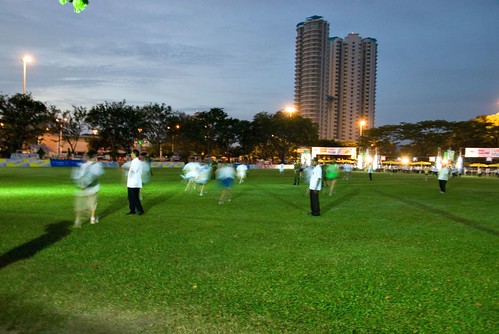 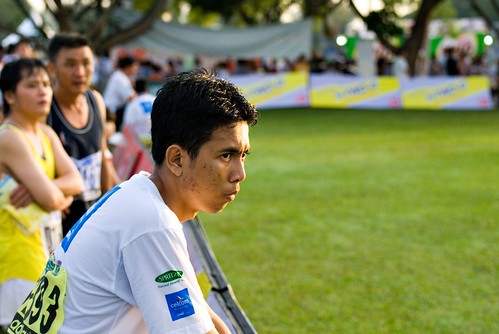 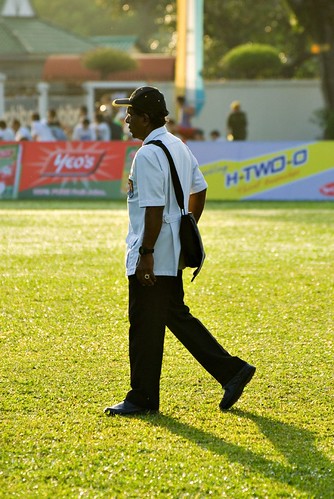 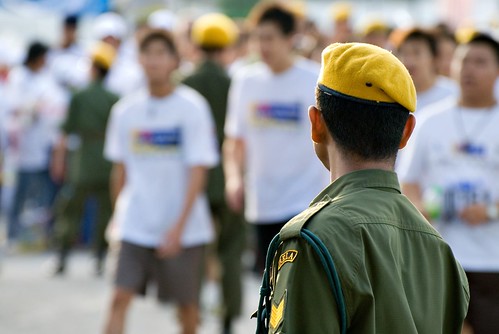 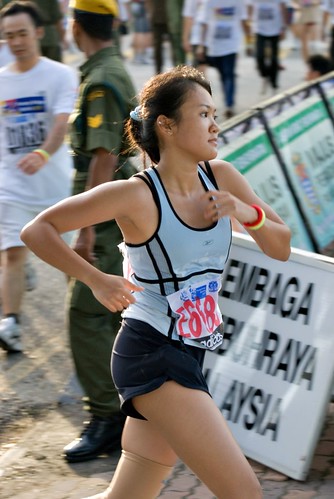 There were masses of people everywhere, I didn’t get to see Kenny come in as he was too slow 😛 I had already left by then. 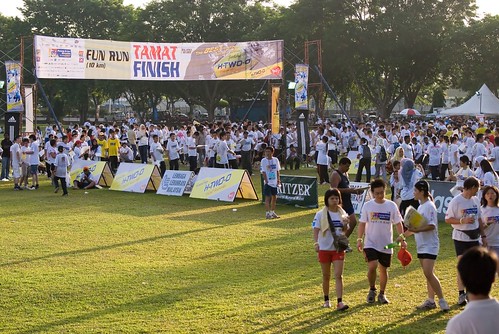 After that went for some Loh Mee and a good sleep.

The pics I posted earlier were from after the sleep and before driving back to KL. Will see if I have any other decent scenes and will post them later.

All in all it was an interesting experience, I hope to be heading to Langkawi to cover the Ironman triathlon too!

Photography wise it’s pretty challenging, most of the shots being in the pitch black or low light of early morning.

What do you think of the shots?

You can see the full set over on Flickr:

2 Responses to Penang Bridge Marathon 2007 – My Side