Philippines pretty much SUCKED! – No…

Of course I wouldn’t say something like that, Manila was cool!

I went there for a few days on a business trip to conduct some audits, the call centre industry over there is huge, apparently there are over 100,000 people in the Metro Manila area working call centres, I guess their accents are a lot more neutral and perhaps ‘America Friendly’ than many of the other Asian countries. 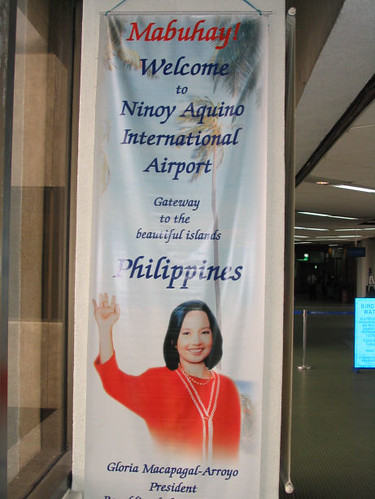 I was supposed to stay in the Shangri-la over there, but it was a bit out of budget so we stayed across the road in the Peninsula Manila[/url], a very nice hotel I must say. 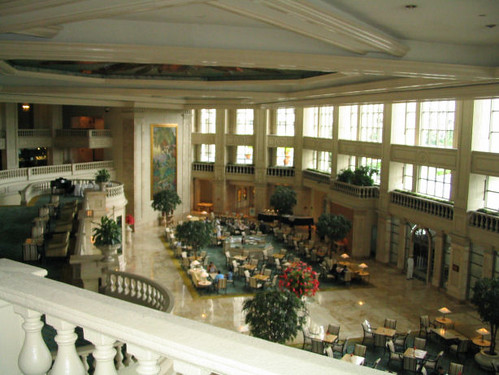 Manila is a nice city, it’s still a bit ghetto-ish in places, but in the Metro districts it reminds me a lot of Bangkok or Jakarta, I would say it’s not quite as developed as the Golden Triangle in KL.

There are 3-4 kinds of taxi things in Manila, the familiar Tuk-tuk found in Thailand and Indonesia, the FX (A kind of Utility vehicle), the normal car-type taxi and loads of these: 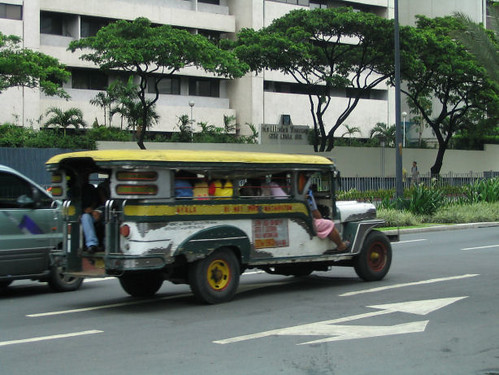 Which I’ve forgotten the name of.

The people there were very friendly and used to seeing westerners around, the women there are extremely beautiful, although petite they have excellent features and succulent figures 😉

I didn’t really have much time to look around as it was a short trip and we were working weird hours (Call centres there work from 9pm till 6am..).

But we heard Greenhills was the place to go for shopping and especially Pearls, so we headed over to that area. 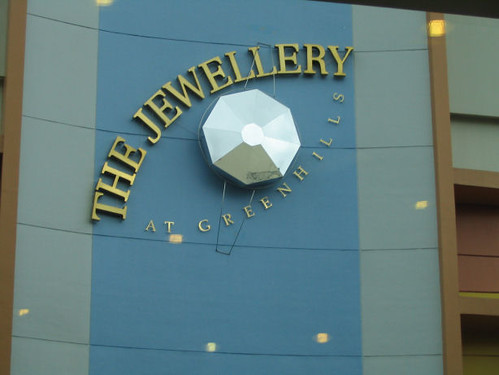 It was around lunch time, so we grabbed some food first, I wanted to try something a bit local and I spotted a place called Bangus (no not BANGBUS) which looked localish, so I thought I should check it out.

I didn’t know what the hell most of the food was, so we just opted for the set meal thing.

Along came some crispy Calamari, which wasn’t bad. 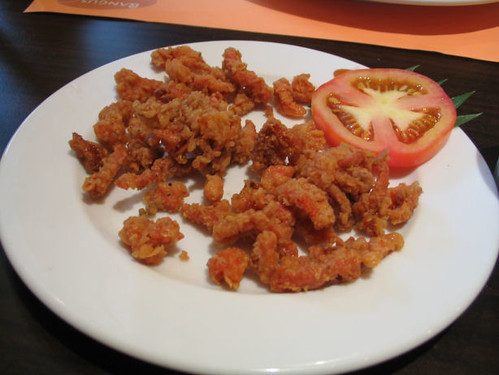 Some nice vege soup which was vaguely tom yam-ish. 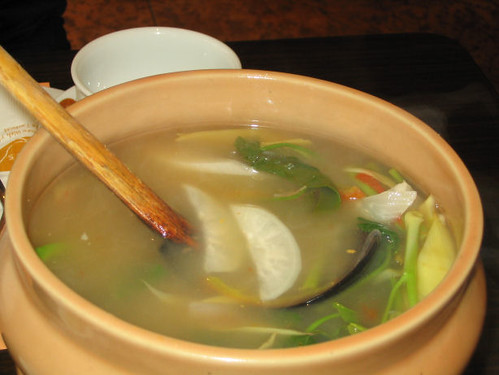 Then along came the feast! 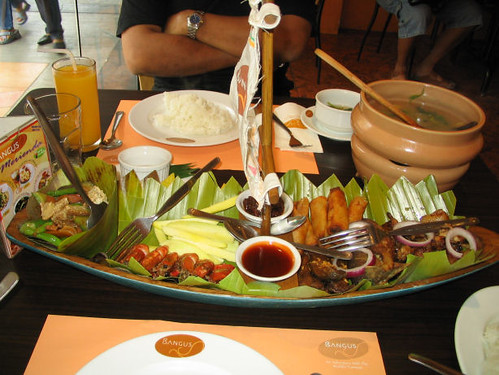 There were spring rolls, mixed veg, prawns, mango, spring rolls, gorgeous fish and some kind of pork I think it was which was very nice too. 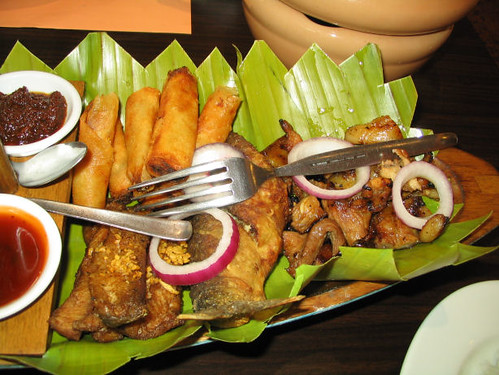 The fish you can see was really good, they had somehow taken out all the flesh, minced it up with herbs and spices, stuck it back in and fried it I think, very very nice.

After that we headed over to Greenhills, that place puts everywhere to shame…It’s freaking huge, I mean seriously.

If you are familiar with KL, imagine Low Yat phone section, Petaling Street (triple the size), Sungei Wang and Central Market all rolled into one, plus more..

They had everything under the sun, I managed to pick up a Ralph Lauren Polo for 40rm, it was excess export goods, a lot of the Polo stuff is produced in Philippines, so they have excess, the same shirt in F.O.S here is about 80RM (also made in Philippines).

They had the hugest range of fake sneakers (including leather shoes and sandals) I’ve ever seen plus all the normal handbags, t-shirts, shirts, jumpers etc etc..

Then the market was really good, my colleague picked up a really nice set of ceramic vases with a wooden stand for like RM40. Wish I had took a bigger case now..

Then there were the Pearls, aisles and aisles of Pearls, a few hundred stalls just selling that. 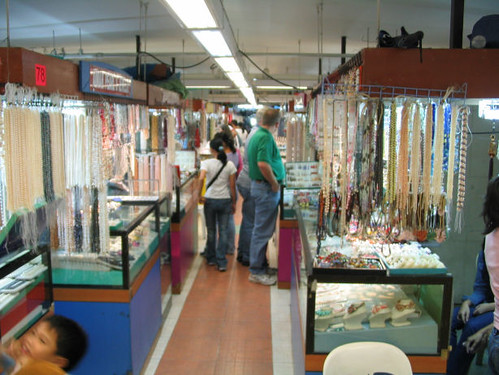 The prices are really reasonable too, you can buy from the normal non-perfect local pearls up to the flawless Japanese pearls. 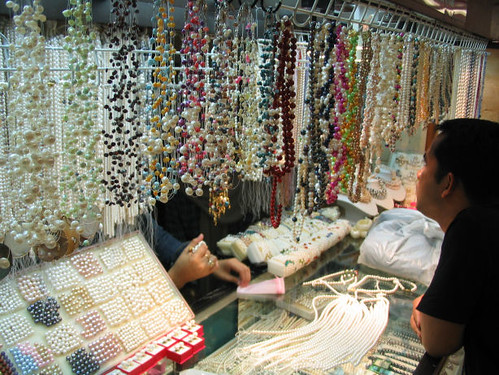 Watch out for the next part…a night out in Manila with Bryanboy[/url]!

27 Responses to Philippines pretty much SUCKED! – No…