Oh well I have a fair amount of stuff to ramble on about..

So I better get started..

Today was another normal day in Brunei for the most part, I had to get up in the middle of the night (7am) and go to class..

The thing has pretty much the same engine as the Evo VII aswell, so you can strap on the 05 turbo and weee…off you go. And the guy is sad because he can only go up to 400bhp, because of the auto gearbox…*sigh*

The sickening thing it’s only $46,000 Brunei dollars…thats like 90,000RM…for that you can’t even get a Perdana in Malaysia…sick sick sick

Anyway today we visited the Istana Nurul Iman (the palace, and at that the LARGEST residential palace in the world) to check out the Sultans yard and attend his open house and shake his hand. Nice man to say a few years ago he was richest in the world, and he has the largest collection of Rolls Royces[/url] in the world..

Still kinda old fashioned in some ways though, like the chicks have one queue the guys another, segregated.

He gave me some Goodies, yay! Not really local delicacies as I expected though… 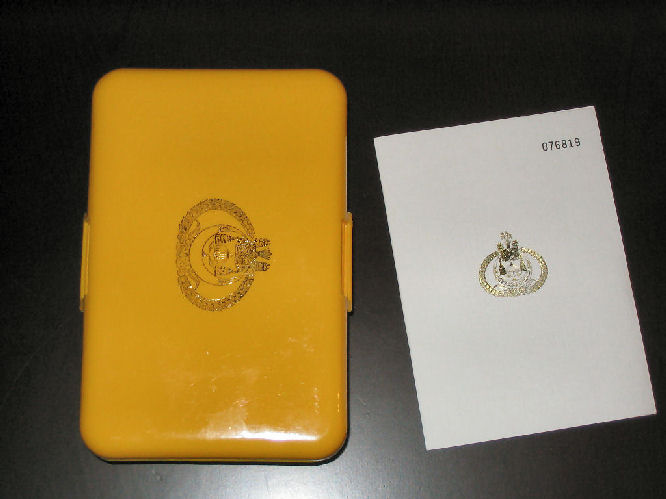 See inside, sweets and stuff: 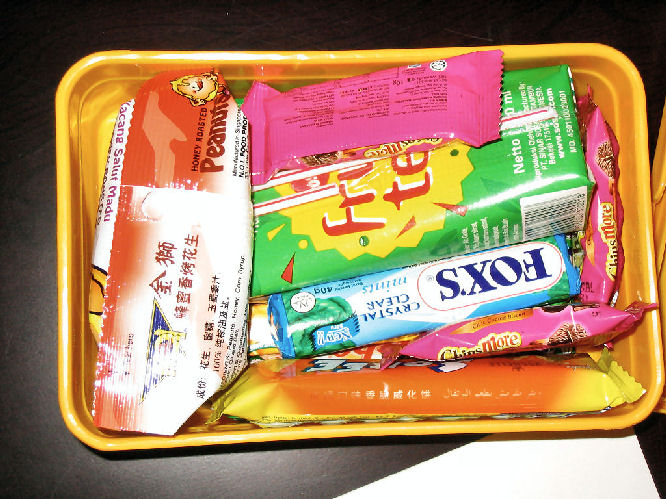 Also a nice card with his handsome face: 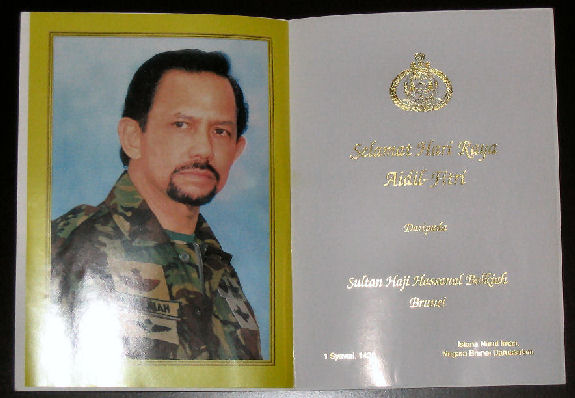 It was hot and sweaty with hoards of people, I was like 76,819th to shake his hand…like he gives a shit haha

Anyway it was a good experience, but no cameras were allowed so no pics, I think one of the guys from our crew had some pics around abouts so I’ll ask him to pass them over.

We went to the Ministers house again after and had some good food, the Biryani was awesome!

I’ve taken some pics of my house too so I’ll put them in the gallery[/url] soon.

Also I just found out my beloved KL friends might be without me for a little longer..I got a rumour yesterday and an e-mail today saying I might be posted to Colombo a few days after I get back..for 21 days..

Actually I won’t mind too much as long as I’m back in KL for new years, I heard Colombo is pretty happening, with a nice resort and some sweet bitches, I mean beaches. Food is rumoured to be good too, oh well another place to travel too…it must be better than Brunei.

Anyway I think that’s about it for now, I’m sure I’ve bored you all enough for today. I’ve gotta go shower so I can go to another couple of open house thingies and eat more biscuits 0_0..

So what does the G mean?
I am er what? Man I feel horrible today..