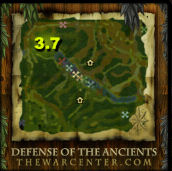 18 Responses to What is this DOTA you speak of?