If you’ve been to any of the major shopping malls (1U, Mid Valley etc.) or even some of the minor ones (SSTwo Mall) in the last month or so you may have noticed some small stalls with obscenely long queues.

I have to admit it piqued my interest, I thought WTF is that all about – must be some new craze! Remember the whole donuts thing and the crazy queues. Anyway I had a look, and it was a pearl tea stall called Chatime. I also noticed almost everyone on Twitter raving about it – with all kinds of people addicted to it, craving it every day.

Being the curious soul that I am, I couldn’t proclaim it a fad or scold them for being sheep without actually trying it myself. So that I did, I was out on a mission one night collecting a bottle of Glenfiddich 15 year old that a friend had got me duty free when I decided to try Chatime on the way home.

We popped into SSTwo Mall as we suspected it would have a lot less queue than other places we’d seen (Mid Valley was INSANE). 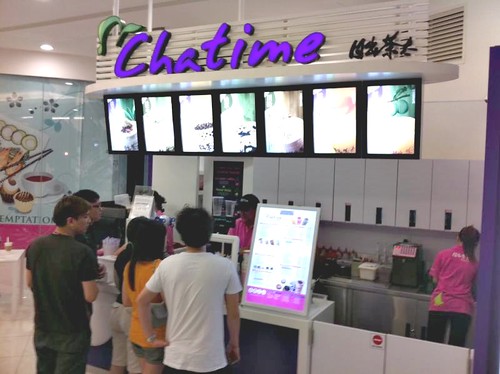 There was a small queue, but nothing too bad. I went for number 1, one of the recommended choices – Roasted Tea and I added pearls. It was RM5.90 for the large side, with an extra RM1 for the pearls. So almost RM7 for a tea……ok I thought to myself. Give it a chance!

Bear in mind I can get myself a small bottle of beer for RM7!

Honestly I was expected something amazing the way people have been raving about it, I expected to hear angels trumpets when I took my first sip. 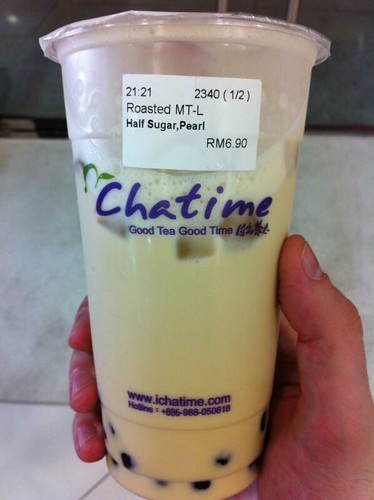 KL people have fairly advanced palates, so honestly I expected more from the ranting and raving. But then again, it’s just a difference of taste. Different people like different things.

It’s like when you go to see a movie that everyone has been raving about, or it won an Oscar or something…and then it’s like a 4/10. It’s that kind of disaappointed feeling (There Will Be Blood comes to mind).

It is decent tea, it has no ice in it (which is good), it doesn’t have the powdery pasar malam pearl tea taste (but then some people like that) and they are generous with the pearls.

But the best pearl tea I’ve ever had is from the Taiwanese restaurant at One-stop, Pulau Tikus – Penang.

There are plenty of other options around too, there a shop in Tropicana City Mall on LG floor that has no queue, tastes just as good and is about half the price of Chatime. I also like the tea from Little Taiwan (this one was from Tesco Kepong) for RM3.50. They have a promo at the moment, their tea without pearls is only RM1.80! 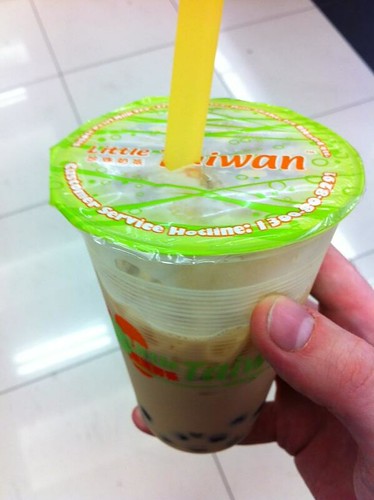 Anyway that’s my 2 cents on the whole Chatime thing, if you’ve tried it and you love it. Tell me why and which flavour you love, I’ll probably give it another chance one day – so I’m open to suggestions.

If you’ve tried it and feel the same as me, let me know too.