Last week when I was mid-way processing my Live and Loud pictures…my chair broke, shortly after that my computer started freaking out – just what I needed right?

I thought the graphics card might be corrupt as the screen kept freaking out and it kept disappearing to the computer, but it only happened when I plugged in an extra PATA drive (I wanted to copy some stuff over from the old PC).

It went weird all the way from the POST/BIOS to the OS, Windows would load fine, but you couldn’t really see anything. So I suspected it might be my ancient PSU, it’s a 420W Hiper unit…plenty of power back in the day of 1ghz processors and graphics cards with 32mb RAM.

But I started to suspect it couldn’t deliver enough juice for a Core 2 Duo processor, a hungry graphics card, 3 SATA hard disks and 3GB of DDR2 RAM…I headed over to Digital Mall this weekend to pick a new one, I ended up with the Cooler Master Real Power Pro 650W PSU.

Great reviews all around and rated up to 780W with a constant delivery of 650W, sounds good enough for my rig and more (it’s rated for SLI graphics cards).

Taking the old one out was a bit of a headache with so many cables, connectors and bits tied here and there…a bit like a giant plate of wire spaghetti. 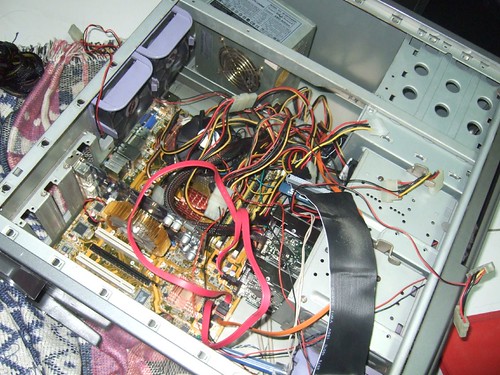 I managed to get the new sexy black PSU in, all plugged in and working in a relatively short amount of time! Nice mesh on the cables too, looks pretty neat now. 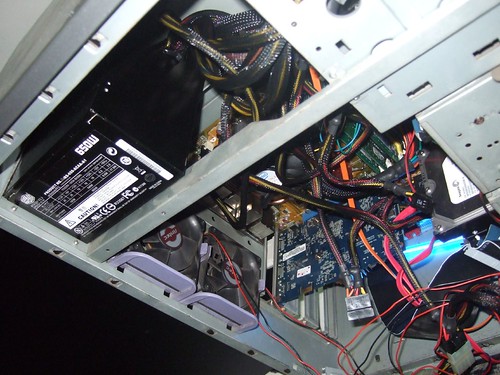 Ok so thankfully it turned out it was the power supply problem, everything is good now, I put the old PATA HDD in to copy some stuff and it was fine, stable – great even! Phew that’s one less thing to worry about….but some more money spent that I don’t have *sigh*.

And my chair arrived, just have to clean out the junkyard enough to fit it in.. 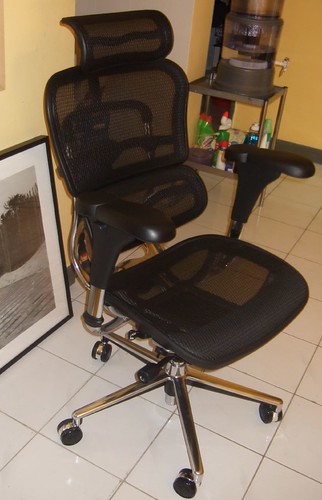