There is another massive foodcourt on the way out of town towards Batu Feringgi where a lot of locals go, on a busy evening it’s *very* hard to find parking.

The Laksa there was one of the best I’ve had, really really tasty. And amazingly fast, you got it about 30 seconds after you ordered, served by and old guy. 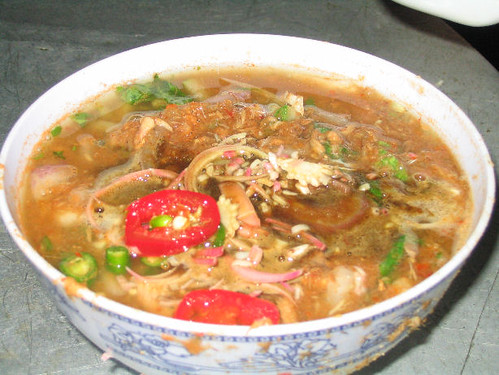 The place was pretty weird, one night I was there, there was a powercut about every 1-2 minutes haha, most of the stalls had torches or lanterns as they were used to it.

I had some O Jian too, which was much better than the one I had in Lorong Selamat (it was really lousy with tiny Oysters).

The other thing I discovered here was Satay Cina, which is a pretty interesting concept, they even had pig intestine Satay. 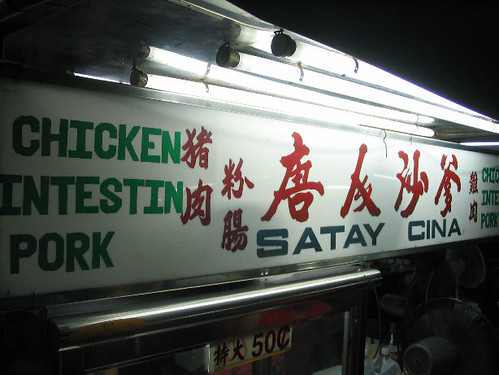 The stall was pretty busy, so I thought it must be decent. 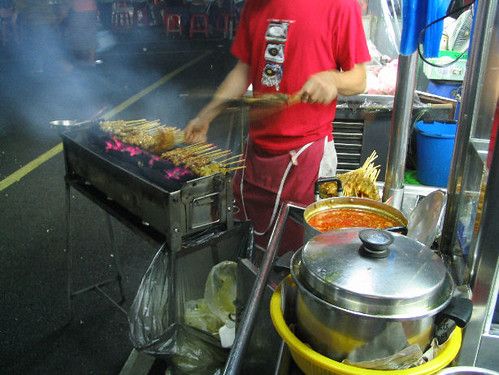 Ok so when I do things, I do them properly, what better you ask than Pork Satay with BEER! 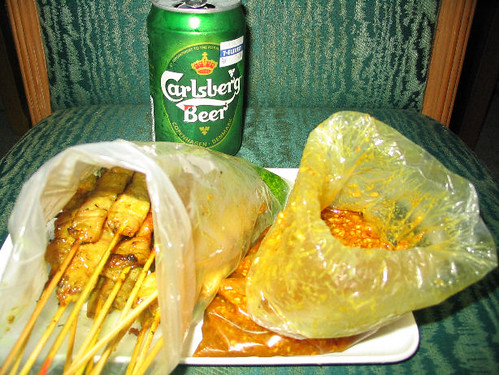 The Satay itself was ok, but a bit dry. 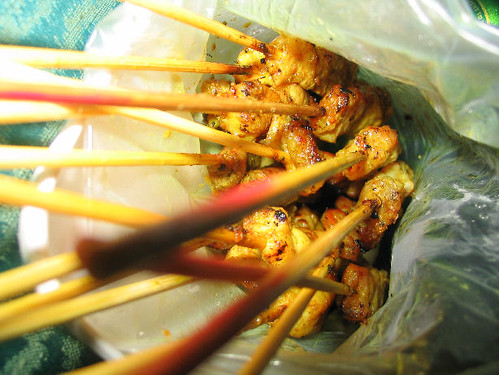