Rain, Mee and Me

Ok well like I said when it rains here it rains..I think it’s pretty much the same for the SE Asian region at the moment though as it’s Monsoon Season…so it’s damn hot most of the time and the rest of the time it rains..a lot..

At least it rains properly in this side of the world not that pussy drizzle crap you get in the UK, none of those depressing grey skies and damp, coldness that permeates into your bones. It’s either hot here or raining, it’s good, I like it 🙂 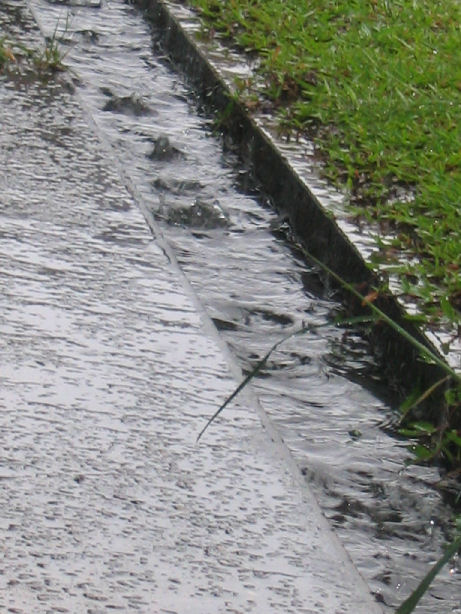 Went to Coffee Bean last night after class and surfed the web wireless style, pretty cool and much superior to staying at home. At least got a few ‘things’ to see…but goddamnit I got bitten to shit by the mosquitoes, must have been that funky smell thing I had going on.

I picked up (tar pau’d) some food on the way back, Hokkien Mee, it was pretty good. 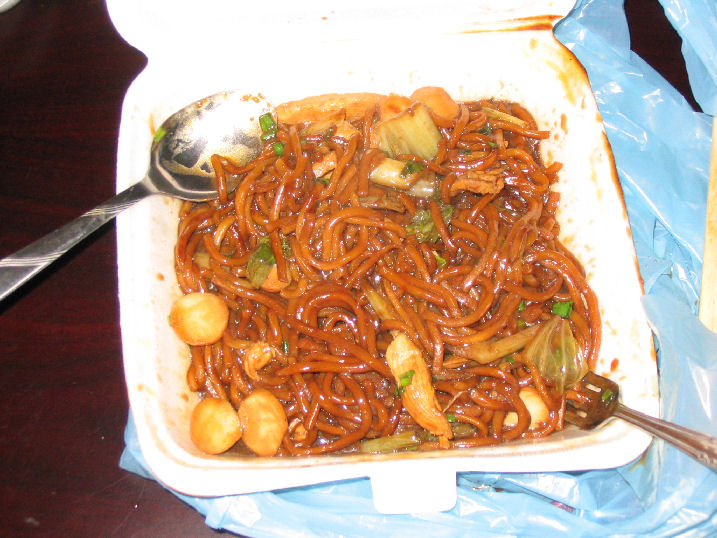 Yes I know I post a lot of pics of food, I’m evil…but what to do here..

After that went home and rejoiced that the water had returned…finally got to shower, but then realised…saying the water was back was kind of subjective…as to how you defined it, it was back in a very loose sense of the word..

IT WAS BACK WITH THE WATER PRESSURE OF FUCKING GNAT PISS

Ok so I showered under the dribble and felt infinitely better, at least I’m not carrying a cloud of funk with me now.

Other than that business as usual…still haven’t seen Bridget Jones 2[/url]…and heard Shutter is pretty good.

I also added some pics to the Photo Gallery[/url] finally, just some snaps of the house here and other things I’ve taken…I’ll do a photo tour of this place soon don’t fret.

Probably going to go to Limbang, not Miri as it’s much closer and I just need to chop my passport (and drink beer).

And it’s Wednesday…my least favourite day of the week, the last weekend is a long forgotten memory and the next weekend is not really close enough yet to anticipate..that’s my take on it anyway.

For breakfast this morning I was treated to some kind of Laksa/Mee Bandung Brunei style thing with potaties and it was pretty good.

I will attempt to concentrate enough to write something meaningful soon, promise..

I love you all *points* yes especially you.

8 Responses to Rain, Mee and Me