It’s been a long time since I wrote about buying new trainers, more than 3 years in fact when I bought some pimped up red and silver Nike Air Run Dual-D. 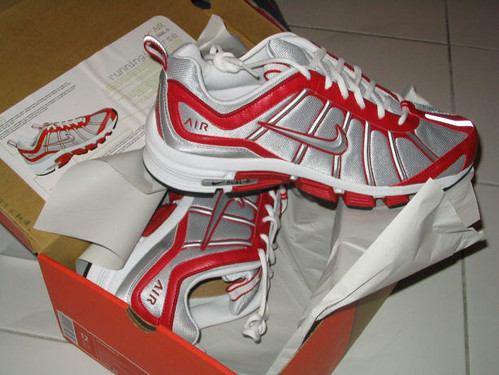 That was around 3 pairs ago I guess, after that I had a silver and raspberry pair or Reeboks which were nice but had a hard piece at the back which popped out after only a few months and started giving me blisters (no pics of them, they are already long gone).

My really old stinky Reeboks totally lost it too at Chiling Falls when the sole came off. 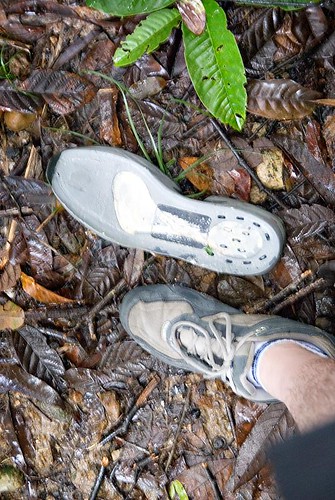 A while back I bought some Nike Air Max 180 II which were pretty expensive…but got a freaking puncture within a couple of months. 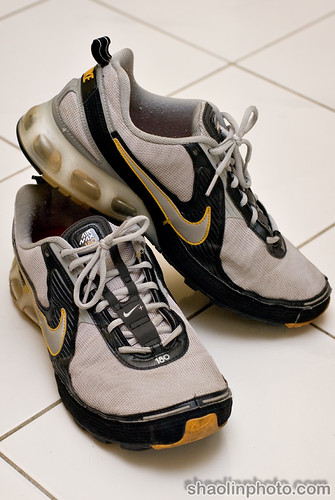 So it’s sale season, I wanted to buy some stuff (you gotta treat yourself sometimes) – and I need Jeans (due to my thunder thighs) so I thought I’d pick up some new trainers too.

I was stuck between some sweet Adidas Bounce (gold and white) and some Reebok Hex Ride Rally II, prices were similar (Adidas were a little more). I love Adidas designs but I find their cuttings are really on the small size. Anyway I almost ended up buying both, but I refrained and ended up with the Reeboks. 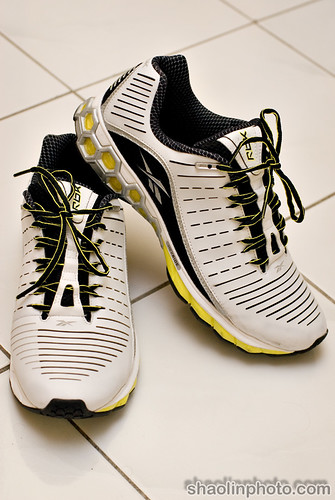 They have this Hexride technology which is something like Nike Air – but using tiny individual pockets rather than one large one (yay no more stupid punctures in my shoes). 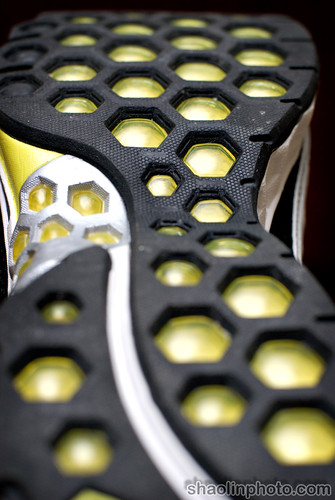 I’d still love a pair of Air Max Classic though, the red and black pair..awesome, but they always only have size 9 max!

Anyway I like these…for now, what do you think? 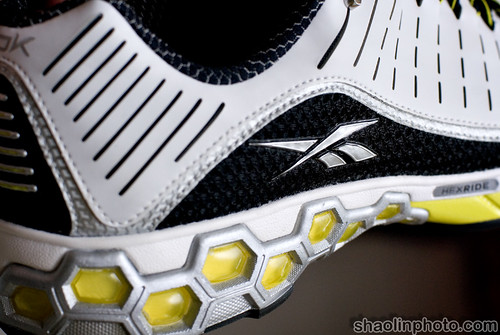