So I’d heard about the local production of Homecoming, which was somewhat surprising as Harold Pinter is a genius, but a twisted one at that. 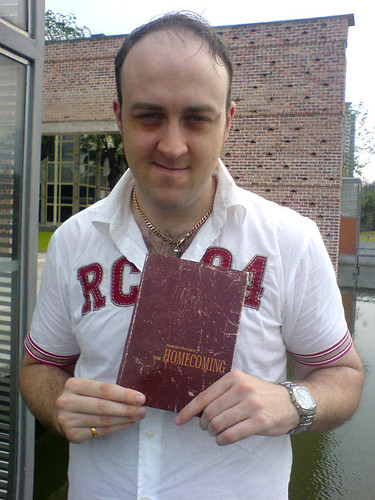 Harold Pinter has been awarded the 2005 Nobel Prize for Literature, the highest honour available to any writer in the world. In announcing the award, Horace Engdahl, Chairman of the Swedish Academy, said that Pinter was an artist “who in his plays uncovers the precipice under everyday prattle and forces entry into oppression’s closed rooms.” Pinter will travel to Stockholm in December to accept the award.

You can read his Bio here:

A multitalented guy (Actor, Director, Writer, Producer and more!), but I have to admit I didn’t think Malaysia would be the place for a play such as Homecoming. Although I’m thoroughly glad it didn’t get bastardised by the censors or banned altogether like The Vagina Monologues.

I went off to KLPac (KL Performing Arts Center) Sunday afternoon for the penultimate showing of Homecoming, if you are interested you can read the production diaries at The Homecoming Diaries.

Unforunately the roads decided to change direction around Jalan Duta and I got totally lost on the way to Sentul West, I ended up doing a big detour to get onto another part of Jalan Kuching and eventually made it there when I recognised where I was (the HSBC on Jalan Ipoh).

Beautiful place anyway, made from reclaimed bricks by the looks of it. 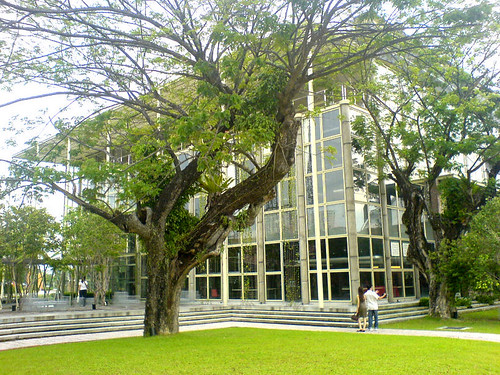 Reached there about 3:20pm and the show started at 3pm sharp! Thankfully the nice lady let Kimberly and myself in even though we were late, she didn’t even make us wait for the interval. Lovely.

We sat in the front row, feet pretty much on the stage, you could see the whites of their eyes, very intimate.

Makes a change from the normal theatre crap where you need a pair of binoculars to make out their facial expressions.

The show was very well done I have to say, the lighting was amazing, setting the mood perfectly and accurately and showing transitions between rooms and the time passing between night and day, plays of colours with blue and red mixed, cold blue for certain scenes, warm orange for others, it really added a lot to the performance.

The acting was good, Ben Tan was excellent as the somewhat confused protaganist Teddy, was he in control? Did he no longer love his wife? Did he have another ‘bit on the side’ or was he really gay? Did he love ‘Uncle Sam’ a little more than he should, vice versa seemed rather obvious, him always being the favourite boy, but then again, Sam could well be his father, another subtext, with Sams outburst about Jessie, and the way he looked after the boys..

That’s the thing with Pinter, you never really know.

Then Ruth played by Jia-Wei Loo, she played the seductress, was she loopy? Or was she the one really in control, the line between mother and whore is blurred to a point where there is no longer a division, was she being used, or was she using them? 2 hours of ‘love-play’ with Joey? To me it seems like she’s the one in control.

Although she could well be a slut from the comments Teddy made about her being popular and very ‘social’ back in the US of A.

Jia-Wei played the role very well, Pinter is extremely tough for anyone, especially a first-timer, I applaud her, something must have rubbed off when she was making all the sets 🙂 She switched between dominant, winning over the Psycho Lenny and submissive, to the point the men could kiss her and touch as a sex object without reprimand.

Then the father Max (Thor Kah Hoong, a veteran), switched between charming and affable and mean, nasty and downright hateful, one minute he could be lauding Ruth, saying how beautiful and serene she is, next he’d be saying she’s a dirty slut bag puss filled whore. Quite a contrast indeed.

The play was very British and filled with swearing as usual, perhaps that’s why it doesn’t shock me so much, I’ve grown up with Black Comedy and dark humour, you only have to look at our extremely popular ‘comedy’ series like League of Gentlemen to know what we enjoy, most people don’t quite understand it, yet we love it.

Lenny (U-En Ng) was intense with a great pseudo English accent, he played the part to a tee, struggling with himself, falling for Ruth as she was the only woman who could stand up to him, play him and take control. I assume U-En wrote his own biography in the program as it was very funny. He appeared to be some kind of crazy pimp, offering the services of ladies to his high class clientele, with his ‘professional opinions’ on the whoring of Ruth.

Patrick Teoh didn’t have much to do as Sam, the lovable uncle who had to take shit from Max every day, there is some hints that Sam might actually be the father of the 3 boys, which would explain why he still hung around to look after the old bastard Max.

Ian Cheang did well as a new-comer, but to be fair he didn’t have to do much apart from stand around looking gormless, staring at Jia-Wei and pulling down his trousers occasionally. 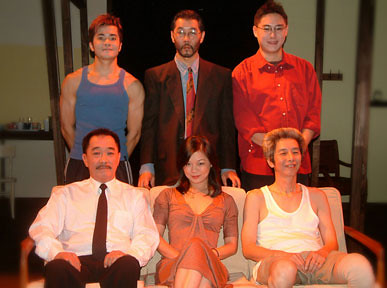 All together a very enjoyable experience, I would recommend you go and see it, but well it’s already finished so you can’t. Tough luck.

Had a quick wonder round the Koi Pond KY blogged about, and then buggered off to have some excellent Sushi at Teppan Sushi in Bandar Menjalara! 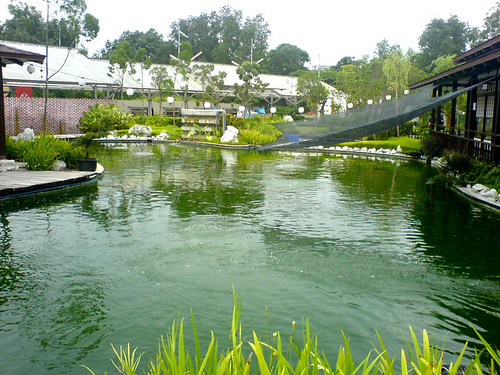 Saw smashp0p there, he’s actually really quite tall, he looks so short in his pictures.

The Suan
The Kim
The Paul
The FA

WTF? My Mind Is Blank
I Believe I Can FLY – Reach out and Drive into the SKY