So I love playing Left 4 Dead 2, especially multi-player with friends, it’s just a really fun game – it’s pretty old now (it was released in 2009) but it’s till looks pretty good and is really fun to play and not too expensive (Steam link).

I found this config that makes the fast paced game a little easier to handle, it boosts FPS, uses a better cursor, brightens things up a bit, improves accuracy through network settings and a few other tweaks.

Overall it does make my game better, and recently I wanted to install it on the office computer but had immense problems finding it to download. So when I eventually did find it, I thought I’d better post it here without all the spam, ads and malware for people to get hold of it easier. 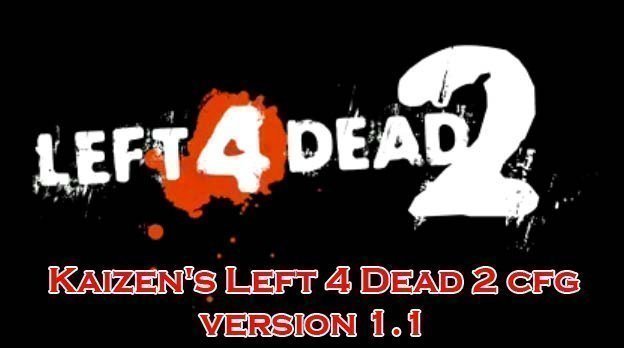 Place this file (autoexec.cfg) into your Left 4 Dead 2 CFG folder, on my computer (Windows 7 64-Bit) this was the location:

Simply delete (autoexec.cfg) and (config.cfg) found inside this folder:

For an additional performance boost, customize your command line launch options for Left 4 Dead 2 in Steam before starting the game.

Modify the heapsize command to allocate 50% of the RAM you have in your computer (NOT video card memory!) in bytes.

Since L4D2 is a 32-bit application it is believed to be capped at a maximum of 3GB of RAM. Setting heapsize to a value beyond this may crash the game.