Some people are just fucking weird, beyond comprehension seriously.

Teen Who Cut Off Corpse’s Head To Make Bong Sentenced

And be sure to check out my new buddy….Ceiling Cat!

How NOT to Manage People.

Sometimes bad management is a pain in the ass, literally, figuratively and whatever other -ely you want to add..

People skills, soft skills, the hardest things to quantify, why is the Dilbert Principle still so predominant?

Companies tend to systematically promote their least-competent employees to management, in order to limit the amount of damage that they’re capable of doing. In terms of effectiveness, it is related to a band of gorillas choosing an alpha-squirrel to lead them.

And well yah it happens, in Asia it also tends to happen because of who knows who, not who knows what.

The worst thing you can do to your employees is tell them you need something by tommorow on pain of death so they work till 2am to do it pouring blood sweat and tears into it..

Then look blankly at them the next day and say what thing? No nothing is happening, no rush..

Same things for longer terms…make someone work every day till 2am for 2-3 weeks to finish a project…then when the deadline passes, nothing happens, no action is taken, the final result just sits there.

People get demoralised, they stop working hard, they stop caring about the company and the outcome of projects.

The whole ethos of the company can change, everyone stops respecting deadlines and responsiblities for what they are because the management doesn’t follow up and they don’t mean what they say.

So why bother listening in the first place right?

It has a knock on effect, it makes everyone unresponsive, even to each other, you have to fight to get things done, even when it is important..because of bad management.

Thankfully most people with brains learn to quantify and assign priorities to tasks so they do get done within reasonable timelines.

Not the timelines given by the incompetent managers..

But still, it ends up with a big mess..

Someone who can outgay BryanBoy?

Yeah, seriously, check this video out:

He’s a contestant on “So You Think You Can Dance?”

You can check out his MySpace profile here: 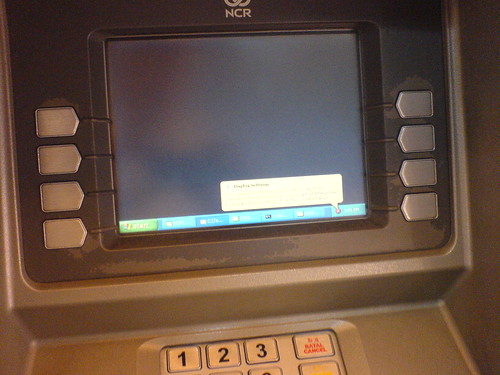 Sadly it didn’t pour out loads of money..it just told me the resolution I was using was too low. 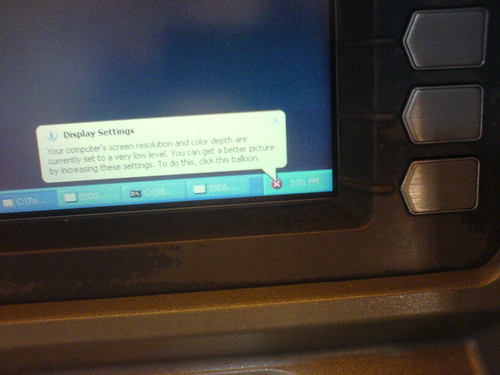 Can you believe ATMs are using Windows XP? No wonder they are down so often….

What happened to OSes built in Assembly and Embedded Device Operating Systems?!

Win by cheating, professional divers. The guy didn’t even touch him…he dodged the tackle then tripped up his own feet and dived. 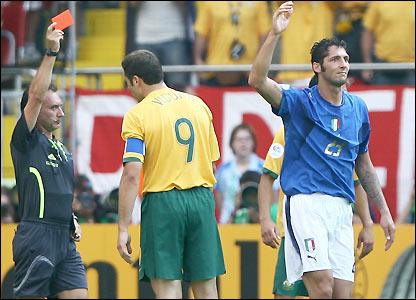 He should have got a red card for his stunt, not a spot kick..

What a move..bummer for Australia, they played such a brave game. Almost 60% possession to the socceroos.

Urgh…what a shitty way to win a game. 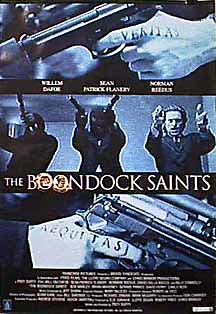 An interesting movie recommended by my buddy Nazrul, I just had to watch it. It seems like my kind of movie, action, morals, a little theology and somewhat of a large cult following.

The movie starts well, straight into the action. It has an interesting narrative style though, it shows the results of a scene then shows how it happens. Sort of linearly backwards all the way.

It reminded me a little of Leon : The Professional in the first scene, with the quirky Willem Dafoe police investigator putting on some classical music and craning his neck upwards whilst scoping out the crimescene.

It reminded me a little of Pulp Fiction too, in the scene with the cat (the cat wasn’t called Marvin thankfully).

The action is good, and the characters realistic. The only thing is you have to suspend your belief now and then, some parts are a little too unreal. But then perhaps you could say the Saints were witnessing divine intervention.

The movie itself raises a lot of interesting theological questions, that’s why it’s been talked about so much by closet psychologists all over the world.

Plus pretty much everyone has had a fantasy at some time or other to go out and rid the streets of filth themselves whilst the police sit around taking bribes and drinking coffee. Because of this you can really emphathise with the characters and you see the moral debate Willem Dafoe’s character goes through as the movie progresses.

Is being a vigilante so bad? No women, no kids. Only bad men..

But who are the bad men? To me they might be good men, but to you bad…Does anyone have the right to take the life of another? Especially under their own judgement.

To that end the film is excellent, it raises many questions.

I found it hard to stomach Billy Connoly as a hardman nutbag assassin though…having spent my whole life laughing at his comedy acts.

It’s funny, in a dark way and the trio (2 cold killers and an idiot) makes for amusing scenes.

The film never made it big because it was blackballed in the United States due to the incident at Columbine and it being released around the same time, unfortunate.

I highly recommend seeing it anyway, only trouble is, it’s somewhat hard to find in Malaysia!

The earnings are shitty compared to Adsense, and well it costs almost as much to clear the cheque as the cheque is worth..

But what to do, I banked it anyway. 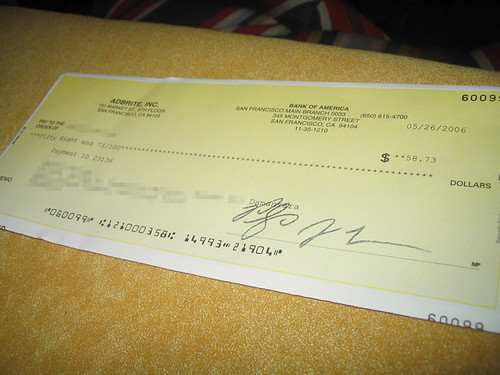 I took Adbrite off all my sites because it earnt virtually nothing.

Bring on more Adsense! (Adsense earnings are lower this month though, sien!)

Just had to share this as was actually laughing out loud whilst reading it, it tries to answer the serious theological question of how homosexual animals reproduce.

But shit, I found it hilarious.

Male bonobos engage in “penis fencing,” which leads, surprisingly enough, to ejaculation. They also give each other genital massages.

Check it out at Seed Magazine. 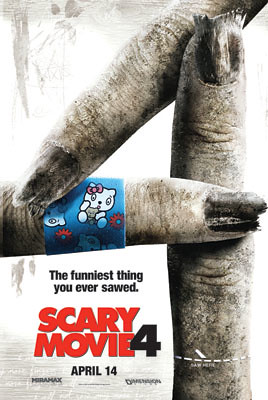 Cindy finds out the house she lives in is haunted by a little boy and goes on a quest to find out who killed him and why. Also, Alien “Tr-iPods” are invading the world and she has to uncover the secret in order to stop them.

Wacky crazy film, just like the other 3…Scary Movie 2 was a pile of poop though, I have to say that, the others were pretty entertaining.

The main spoofs are War of the Worlds, The Village, Saw, Brokeback Mountain and Million Dollar Baby.

I haven’t seen The Village, so I couldn’t follow those parts so well, but the rest were bang on and Leslie Neilsen as the president of the US was great.

There were also amusing cameos from Dr Phil, Shaquil O’Neil and Chingy.

Anna Faris as Cindy was great in her own bimboish way, she’s been in every Scary Movie since the start, so she’s an old hand at it now. 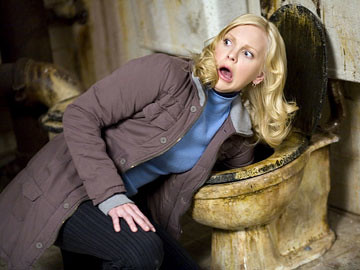 Carmen Electra showed up looking amazingly attractive as usual too.

There were plenty of stupid jokes and slaspstick humour as expected, the line of the film for me was:

Scary Movie 5 is rumoured for 2008, I guess I’ll be watching that one too.

If you like this kind of movie, it’s definately worth watching.

Midnight Cowboy is the powerful and unforgettable novel of the compelling need of human beings for one another — a wrenching story of pain and loss.

Freewheeling loser Joe Buck arrives in New York City and embarks on a quest to live the American dream. Along the way he meets street hustler and petty criminal Ratso Rizzo. Together, the two form an extraordinary relationship full of heartbreak and hope, resulting in a compelling American novel about the bonds of friendship.

An academy award winner in 1969 in spite of having an X rating, this is one of those classic films that I guess many of you have watched (Midnight Cowboy Movie), I saw the book in popular so decided to pick it up (it’s the UK paperback edition).

This is a very well written and well-paced book, it has excellent character development and has a certain way of strolling along that keeps you firmly in its grip.

It raises some interesting moral issues, and a lot about self-perception and ego.

Genital Joe as we could call him is the epitomy of lost youth losing his virginity to some Annie Rottencrotch, he has all the wrong ideas about sex and sexuality.

Being a good looking lad, tall and well built he goes out to make his millions in the world. Like most of us, he ends up finding reality stinks and not much more than that.

The book rolls along and it’s hard to put down, it’s not lightning fast but it sucks you into the dirty seedy world that Joe falls into.

I finished the whole thing in about 3 hours and thoroughly enjoyed it.

The writing may seem a little simplistic to some, but that’s what gives it such a raw and honest charm. It’s very real, real people and a real story.

It’s gritty at times, explicit, violent and raw but can also be touching showing interesting aspects of humanity.

If you want to read something ‘different’ than all the pop shit churned out a the moment, take a look at this.