The Power of Words and the Freedom of Speech 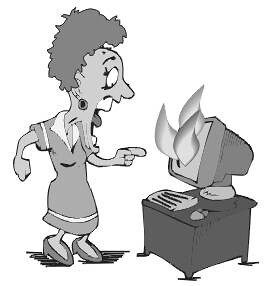 It is easy to sit with the glow of our monitors lighting up our gleeful faces as we hurl insults across continents over the relatively anonymous medium of the Internet, but there are real people on the other side of the keyboard, I learnt that long ago.

I gave up fighting on the net because I hurt too many people, I just returned to my old form because I felt XX needed a lesson in humility, she has victimised and hurt plenty of others. Maybe I went a little far you may say, but well that’s what I do.

In return for this act of kindness, Xia Xue[/url] called me an inbred childfucker.

Besides being ridiculously childish, your arguments also lack depth and intellect. Once this issue is over, you will go back to being a mediocre blogger again.

Maybe, just maybe, I will get hacked again, so it will bring some joy to your sick, boring, sadistic life. Alternatively, I think raping children might bring you some pleasure too; you seem like the sort.

I could have been more gracious, polite and magnanimous, but well from previous experience I’ve found that approach doesn’t actually work. People with thick-skulls and over-inflated self worth just ignore it.

Two wrongs don’t make a right, and as Kimberly[/url] said, and eye for an eye eventually makes everyone blind..

Everyone has to learn to be more tolerant, I mean I have bad experienced, but with bad comes good right? I prefer to highlight the good and positive things in life, perhaps that’s why I remain a ‘mediocre’ blogger. If I always posted how everything sucked, KL sucked, Manila sucked, Singapore sucked, Colombo sucked, Brunei sucked, Jakarta sucked…Then I could be a Z-list blogger too?

I don’t mind criticism, everyone needs to learn to improve from criticism, not rebel, I do mind sweeping generalisation and racism though, I mind them a lot.

Having written about Racism in Malaysia[/url] before, relations between nations is also important..

Everyone can play the freedom of speech card, “It’s my blog I can write what I want”, but well sometimes you have to think a little no? For every action is there an equal or opposite reaction, be it positive or negative. You are viewed based on how you portray yourself, that’s your choice and your choice alone.

And for those who rejoiced, thinking XX had learnt a lesson, apparently she hasn’t.

Oh and btw: I still find I did ABSOLUTELY NOTHING WRONG. Many agree too, far more than those who *roll eyes* think I did, but logical people do not fight with the retarded. I don’t even have to defend myself, because explaining things to dumb people is like teaching a cat to read a detailed and powerfully drawn map – pointless.

Do not, for a moment think you have taught me a lesson. It is silly to presume so, because you are most certainly not fit to be teaching anyone morals yourself. Nor do I deem you to be wiser, cleverer, nor a better person. If I ever need to “learn” anything, it won’t be from you, for I don’t think I saw anything in you worthy of my learning.

Everyone who thinks she did wrong is a retard.

Anyway, back to point, let’s all learn to be a little more tolerant, let’s not insult people’s capital cities, countries or ideals, let’s criticise fairly, learn from those critics and all work to improve things.

Don’t bring yourself as high as to say we are “fighting”. As a blogger or a writer, I have already won, and I am not interested to fight you. You are just one of the many insignificant trying to bring me down everyday, and the only reason why I happened to mention you, is because you were the most ridiculous of all.

Peace all, and have a great weekend!

*EDIT* – As a request from Miss Wendy Cheng here are all 4 e-mails in full, as I’ve clearly quoted her out of context, although I didn’t give any context or mention..I let her words speak for herself…